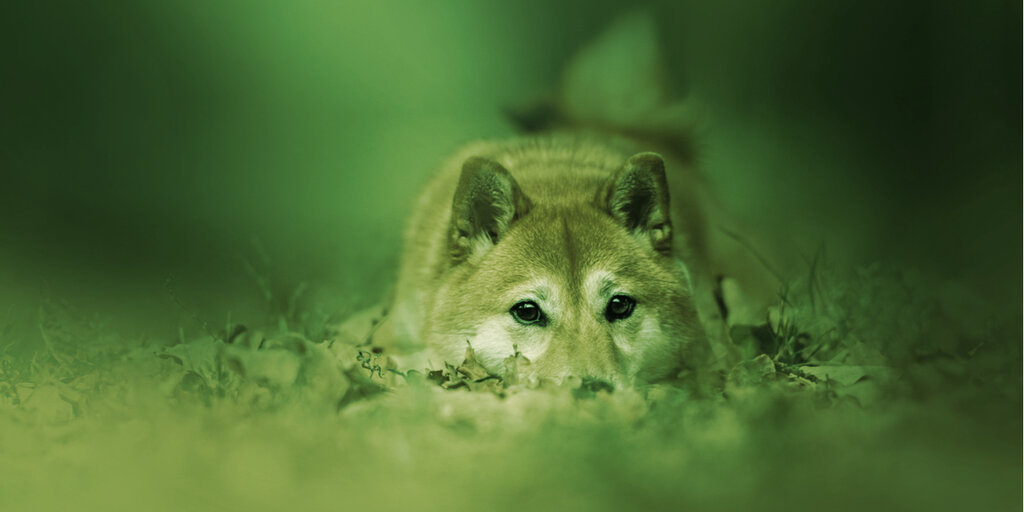 The sixth-largest cryptocurrency by market cap instead rolled around in the mud, dirtying its price to as low as $0.29, down from an all-time high of $0.40 over the weekend. Its current price of $0.34 represents a 20% drop over the last 24 hours, per data from Nomics.

Doge Day, like all cultural phenomena these days, started its life on the internet just over a week ago, when hordes of Dogecoin-loving Redditors and Twitterati posted memes and rallying cries encouraging others to pump up the price of the coin on April 20.

The makeshift holiday had some prominent brand backers, including Snickers and Axe Body Spray:

Guess what day it is? #DogeDay. Tomorrow? #DogeDay420

if it gets to $1, we’ll make it happen. #dogeday #doge420 pic.twitter.com/XssGr6EeHe

What it hasn’t had, at least not yet at the time of writing, is the endorsement of Dogecoin’s patron saint of price-pumping, Elon Musk. The Tesla CEO has long enjoyed tweeting about the token, which was created in 2013 as a joke, and egging on buyers.

Musk last week invoked Dogecoin in a tweet, spotlighting the currency to his 50 million followers as it catapulted from $0.14 to $0.40 in mere days. Musk said in a February talk on Clubhouse that his tweets about Dogecoin are “meant as a joke,” but there’s ample evidence that those tweets, even if crafted in jest, have a direct effect on Dogecoin’s price.

The Doge faithful are likely still hoping, as of Tuesday evening, that Musk hasn’t forgotten his Twitter password on their big day.