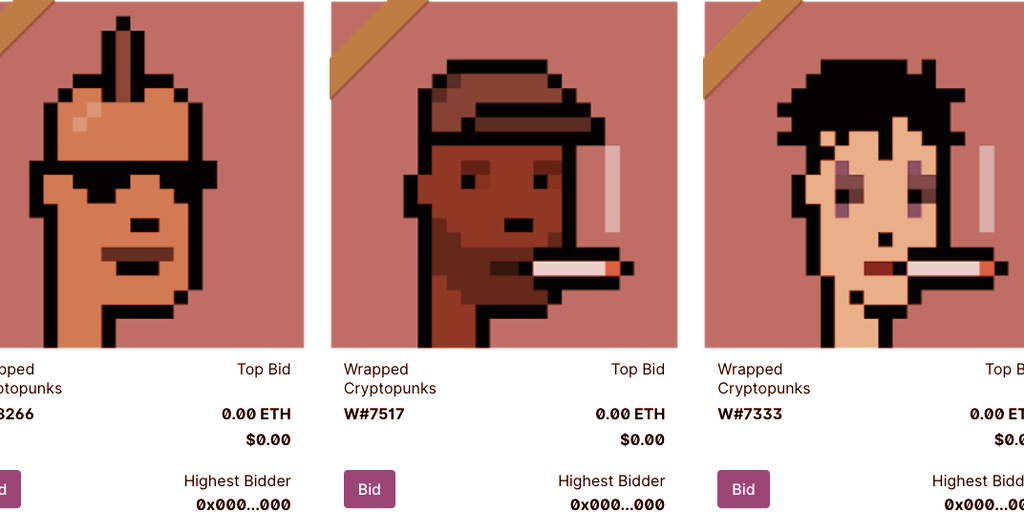 A collection of 50 CryptoPunks has been fractionalized into millions of tokens, each representing part of the collection.

CryptoPunks are one of the earliest forms of non-fungible tokens (NFTs) on the Ethereum blockchain. NFTs are unique tokens that represent digital content such as images, audio or video. Created by Larva Labs, there are 10,000 CryptoPunks, each showing a pixelated face; either men, women, apes, zombies, or aliens.

CryptoPunks have relatively few sales, especially compared to NFT basketball trading cards NBA Top Shot, but they are typically some of the most expensive NFT sales. According to NFT tracker CryptoSlam, the most expensive NFT collectible sale ever (excluding artwork) was for CryptoPunk 7804—an alien with small shades, a pipe and a cap—for $7.7 million.

Daftar isi: hide
What does it mean to tokenize a collection?
How does this CryptoPunk collection work?
Tokenized NFTs: a growing trend
Are fractionalized NFTs securities?

What does it mean to tokenize a collection?

In the blockchain world, it’s very easy to create tokens that can be used to represent pretty much anything. In this case, the original CryptoPunks are effectively frozen on the blockchain and these newly created tokens (called Wrapped CryptoPunks) become temporary versions of them.

The difference is that thousands of tokens can represent one CryptoPunk (or a collection of them), meaning that each token represents a specific, tiny percentage of the original artwork, or collection of artworks. And when CryptoPunks are being sold for millions of dollars, being able to buy a small percentage of one allows smaller investors to get involved.

If CryptoPunks become more valuable, in theory the tokenized shares do too. In practice, this may not be the case because they’re traded on the open market, meaning they’re subject to supply and demand.

How does this CryptoPunk collection work?

In this case, there are a possible total of 250 million fractional shares that can be created. These are called uPUNK tokens. So far, around 80 investors have created 3.6 million shares, with each share currently worth $0.05. This gives the collection a current market cap of $14.4 million.

But the CryptoPunks are not necessarily fractionalized forever. There’s a way they can be un-fractionalized, if you will. This comes down to how Unicly—the platform they have been tokenized on—works.

It goes like this. Each uPUNK buyer can bid on any CryptoPunk in the collection. If 50% of the 250 million tokens vote to unlock the collection, then the CryptoPunks will be handed out to the highest bidder for each one.

As noted by Decrypt, there are a growing number of projects experimenting with tokenizing NFTs.

Created last year, a Decentralized Autonomous Organization (DAO) called Ark Gallery DAO lets you buy and sell tokenized CryptoPunks. You can also gift or rent CryptoPunks to other users for limited periods of time (all organized through smart contracts on the blockchain).

The Next Big Thing in NFTs: Breaking Them Apart

In January, a crypto art fund called MetaPurse tokenized a collection of artworks by record-breaking crypto artist Beeple. The collection was split into 10 million tokens, with the original owner keeping about half of the tokens.

In some cases, crypto investors are teaming up to create DAOs to join forces and collectively buy expensive NFTs. The NFTs would then be held by the DAO, where its token holders can vote on what happens to the collectibles.

A group of investors in a Discord channel pooled their funds together to create BeetsDAO and spent $500,000 on four EulerBeats NFTs. These collectibles represent audio tracks, and the original LPs receive royalties on “prints” made of the albums.

Before that, a group of investors paid $525,000 for an NFT version of a promotion video for the decentralized exchange Uniswap.

Fractionalized NFTs exist in something of a legal grey area. According to Chris Donovan, head of legal at UK VC Outlier Ventures, under certain circumstances NFTs can be considered securities—with one of those circumstances being fractionalized NFTs “embodying rights to royalties,” or sold with the promise of future liquidity and continued services from the issuer.

Some NFT Sales Could Be Illegal: SEC Commissioner Hester Peirce

SEC commissioner Hester Peirce has also suggested that fractionalized NFTs could run the risk of being unregistered securities, noting that, “As we’ve seen, the definition of a security can be pretty broad.” Given that the SEC cracked down hard on 2017’s initial coin offerings (ICOs) for dealing in unregistered securities, the makers of fractionalized NFTs might be in for a rude shock.