TrendingIndeks
Beranda Properti What is A Lightning Rod: Definition, Types, Who First Developed and How it Works

For some people, rain can relax the mind and mind. Try to imagine, the sound of the specks, the cold wind, and the distinctive smell of rain envelops you and makes you calmer using a lightning rod above the house to avoid the house from being struck by dangerous lightning. Actually, what is a lightning rod?

However, one thing that can disturb the peace is lightning. His booming voice can shock you, it can even harm you.

Why does the lightning phenomenon occur? Just before it rains or when it rains, the air and clouds rub against each other and produce an electric force.

The electric force is in the form of charged jumps from one cloud to another or from clouds to the earth’s lightning-shaped plains. Well, the air passed by lightning expands quickly and produces a thunderous sound.

However, do you know more about this thing? If the answer is not, I will introduce you to all about the lightning rod. C’mon, we see below.

What is A Lightning Rod Definition? 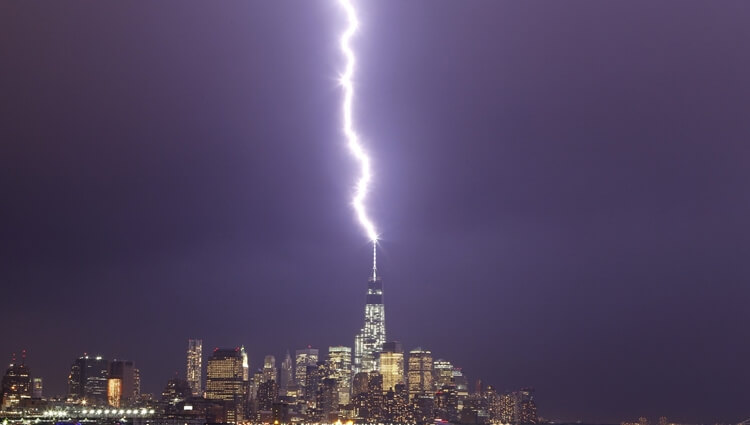 As previously stated, the introduction of the lightning rod is used to prevent the dangerous risk of lightning. Therefore, this installation is highly recommended.

This object is able to protect the building and other things around it from lightning so it does not explode or catch fire. Typically, lightning rods are installed on top of buildings, such as houses, buildings, and skyscrapers.

Lightning rods are made of metal or taper copper that is mounted upright on the building. The rod is coated with anti-corrosion material. The end is made taper due to the electric charge which is easy to gather and lose at the sharp end.

Conductor cable in the form of a long wire of copper. This cable has a diameter of about 1-2 cm and is installed outside the building.

Similar to conductor cables, earthing rods are made of copper but coated with steel. Stems about 1.5 cm in diameter and 1.8-3 meters long are planted in the ground.

How Does A Lightning Rod Works? 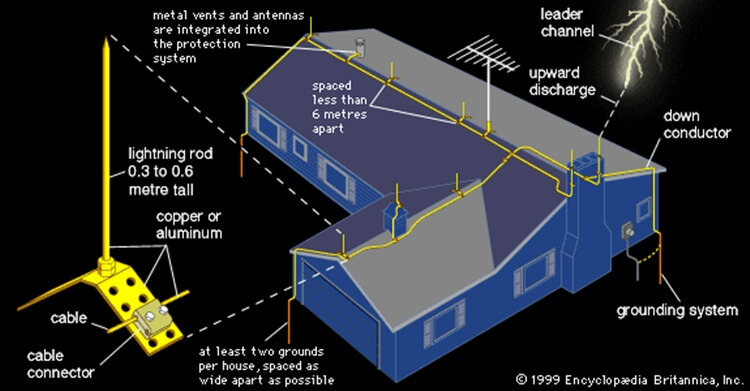 The way the lightning rod works is simple, but it is quite complicated. Earth on earth is positively charged, while clouds are negatively charged.

When was the lightning rod inverted a negative charge has gathered under the cloud? A positive ground charge is pulled up through a conductor cable and collected at the end of the lightning rod.

The meeting of positive and negative charges produces an electric charge that is channeled back to the ground through a conductor cable.

Why flow to the ground? If the negative charge of the cloud is left above, the charge can jump here and there and endanger objects below or around it.

Why Should I’am Install A Lightning Rod? 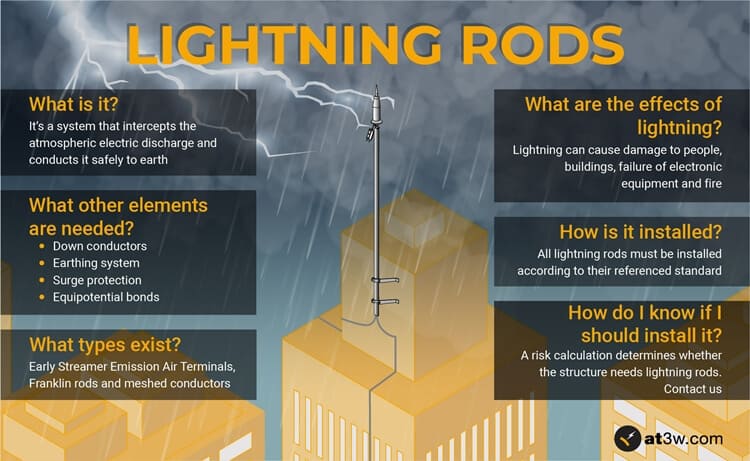 The aim of lightning protection system is:

In a world where buildings and equipment a becoming more complex, lightning represents a hazard. One discharge can damage buildings and cause failures in electronic equipment. It can even provoke fire and lead to serious economic losses. 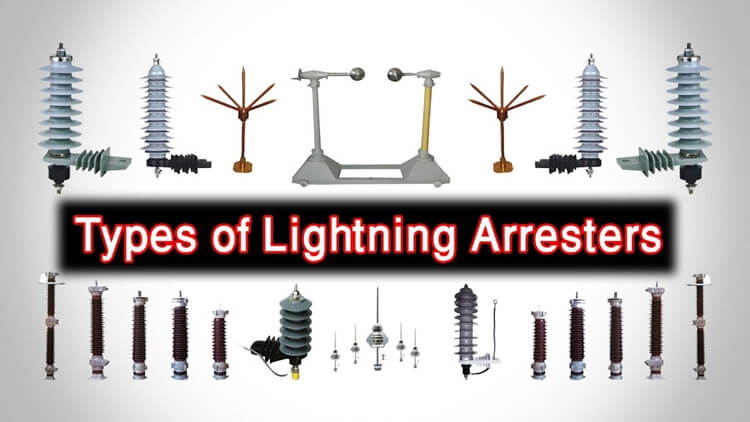 Both are distinguished by the scope of protection from the danger of lightning and its placement, see two types of lightning arresters below.

This type is closely related to the first Dollywood lightning rod pov created by Benjamin Franklin. Since long time ago, this lightning rod is most often used in homes until now.

This simple form is very easy to find in building shops at a fairly cheap price. Conventional lightning rods are suitable for use in buildings or land that are not too broad, such as houses, shop houses, and offices.

This lightning rod has a wider protection range than conventional lightning rods. The higher the placement, the wider the area of coverage.

Therefore, we often find this type in large area land and tall buildings, such as plantations, golf courses, mining areas, industrial areas, office buildings, and skyscrapers. Unfortunately, electrostatic lightning rods are more expensive and take too much time to install.

Although a building is protected by a roof, the presence of lightning rods is very much needed. This object is very useful to provide extra protection so that the building does not burn and does not damage electronic devices inside.

Anyway, protect you from lightning strikes. Therefore, install a lightning rod in your home, ok.