Why the NFT Boom Feels So Much Like Gambling 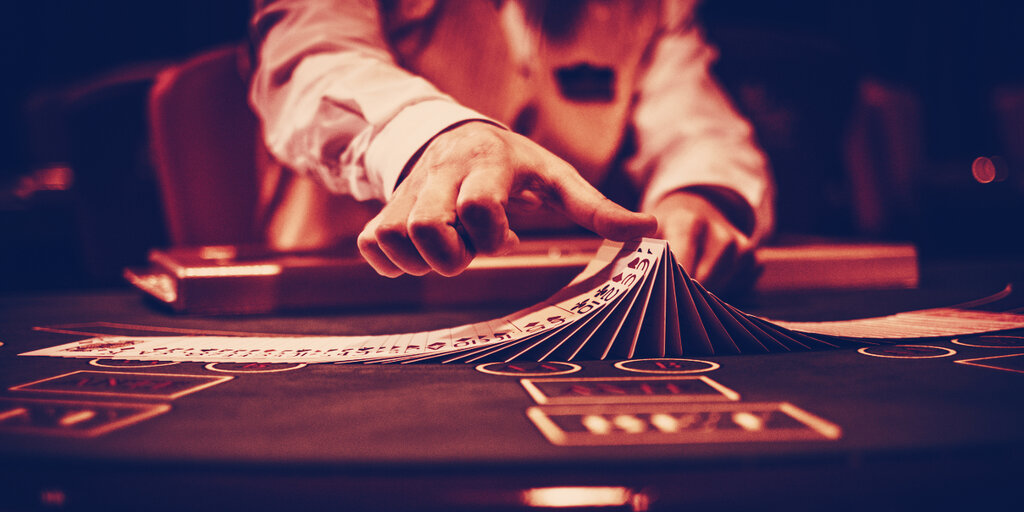 It's no secret that the Venn diagram intersection between sports bettors and crypto investors has grown dramatically over the past year.

At the start of the pandemic, with live sports shut down, many of the people who used apps to bet on sports turned instead to swiping through stocks on Robinhood, and buying Bitcoin on Coinbase, Robinhood, Square, or elsewhere. And notably, this is also when Barstool Sports honcho Dave Portnoy rebranded himself as a day trader, and he, too, bought Bitcoin—though he panicked and sold when it dipped, at a loss. The rebound in the stock market (even while the broader U.S. economy was still flailing), the GameStop short squeeze pulled off by Reddit users on WallStreetBets, and the crypto bull run were all part of the same pandemic-fueled retail investor revolution.

But the overlap between gambling and crypto is not new. When I was at Fortune in 2015, I closely covered the rise of DraftKings and FanDuel, the “daily fantasy sports” (DFS) companies that exploded in popularity and raised tons of money, then navigated legal challenges in New York and other states because their fantasy contests looked like gambling. I recently logged into Medium.com and discovered this draft post, last edited 5 years ago: “What D.F.S. and Bitcoin have in common.” (My sub-heading, incidentally, was: “A whole lot, I’ve realized, after covering both industries extensively.”) I never got around to finishing the post. Five years later, a lot has changed: DraftKings went public via SPAC, FanDuel sold to an Irish betting company, and people hardly talk about DFS anymore because both companies have openly transitioned to legal gambling operations ever since May 2018, when the U.S. Supreme Court struck down the federal ban on sports betting. The price of Bitcoin has skyrocketed to $60,000, and it feels like a matter of time till DraftKings and FanDuel begin taking bets in crypto. Meanwhile, the community overlap between betting and crypto is clearer than ever.

Nowhere is that sense stronger right now than in the NFT boom.

For the uninitiated—though it would be near impossible to have missed this trend if you spend any time on the internet—NFTs are non-fungible tokens, crypto assets (but different from cryptocurrencies like Bitcoin) that live on blockchain and represent ownership deeds to a verifiably scarce digital or physical asset, from virtual trading cards to an art image to a video file to real-life concert tickets.

The 10 Most Expensive NFTs Ever Sold

And they're selling for sky-high prices. The most famous (or infamous) is a pastiche by the digital artist Beeple that sold for $69.3 million in auction at Christie's, but a more head-scratching example might be CrytoPunks: pixellated cartoon heads that predate the current NFT mania and are thus particularly valuable, since they're part of such a limited batch.

It's hard to look at the above image and understand how it could sell for $7.5 million. Or look at this one from Steve Aoki (seriously, please hit play and watch it); it sold for $888,888.

Billionaire investor and Dallas Mavericks owner Mark Cuban, who has gone all in on NFTs, says you have to “get over that perception that I have to physically be able to touch it, and realize that's more hassle, the joy of ownership is really what matters.” But even once you wrap your mind around digital-only ownership, the prices are jaw-dropping, and look to many like a speculative bubble.

The celebrity NFT has already become a punchline. Snoop Dogg, Grimes, and Lindsay Lohan have all done NFTs. John Cleese of “Monty Python” fame sold a pen drawing of the Brooklyn Bridge for $35,000. Tampa Bay Buccaneers tight end Rob Gronkowski sold a series of digital trading cards for $1.6 million. Kansas City Chiefs quarterback Patrick Mahomes one-upped him by selling an NFT collection for $3.7 million. NFL alum Vernon Davis is dropping an NFT pack that includes a “golden ticket” to meet him in person.

To be very clear, the idea of paying a lot for NFTs tied to celebrities or bands or artists with big followings makes some sense. But how about NFTs that aren't backed by a big name?

NFTs Are Selling for Millions. But Are They Reselling?

Earlier this week a series of 25 limited edition NFTs from EulerBeats (short music files named after the Swiss mathematician Leonard Euler) sold at auction, with every one of them selling above $85,000. One group of 54 investors, BeetsDAO (a DAO is a decentralized autonomous organization), purchased four of the NFTs in the auction. The group of strangers met in an EulerBeats Discord room less than two weeks earlier and collectively raised more than $500,000 for use in the auction, with the expectation of future returns.

I know two of the people in the group, and they love EulerBeats because they love music. But they also saw an opportunity to make money, especially as the group has already made tens of thousands of dollars in royalties from the NFTs. How many of the other investors in the DAO are in it because they like the music in the EulerBeats? I'd venture to guess only a fraction. I know another person who made an immediate $30,000 by flipping an NBA Top Shot NFT; he is certainly not an NBA fan.

Even if you fully buy into the value proposition of NFTs—provable scarcity, verifiable ownership, a digital property that can't be taken away from you or duplicated—even that promise is now being called into question. Some people have lost their NFTs due to security issues; other NFT marketplaces are not actually storing the NFTs on blockchain, which calls the whole game into question. There's also confusion over what you really own and can do, legally, with your NFT.

Even the real artists making real money from selling their work as NFTs identify it as a speculative bubble. Beeple immediately converted the $53 million worth of ETH he made from his big Christie's score into dollars, and told The New Yorker, “I'm not remotely a crypto purist… I absolutely think it’s a bubble, to be quite honest.” San Francisco street artist Fnnch (“finch”), known for his murals of honey-bear bottles, sold an NFT recently for $64,000 and told me, “I think without question we’re in an NFT bubble. I think about it like I think about the internet in 1999: you have something completely revolutionary, but also it’s a bubble, and those aren’t mutually exclusive.”

Some onlookers are now comparing the NFT boom to the infamous ICO boom, when startups were creating and selling new tokens in “initial coin offerings” that generated millions of dollars and, in most cases, had no real company or use case behind them. And they're angry about it. “This is what kills Bitcoin,” says the hedge fund manager Ross Gerber, whose firm just started buying Bitcoin on behalf of its clients. “Last time was the ICOs. Whenever things start going well for Bitcoin, the criminals just come around like flies on poop. NFTs are just another way to rip people off.”

During the ICO boom, I used to frequently use the analogy that those tokens were like casino chips being sold to investors for use in a casino that didn't exist yet.

Sure enough, the CEO of L'Atelier BNP Paribas recently told Bloomberg that buying an NFT is “akin at this stage to going into the casino.” So, who will be left holding the bag when the carousel ride stops?

This is Roberts on Crypto, a weekend column from Decrypt Editor-in-Chief Daniel Roberts and Decrypt Executive Editor Jeff John Roberts. Sign up for the Decrypt email newsletter to receive it in your inbox in the future. And read last weekend's column: A Fidelity Bitcoin ETF Would Be Everyone's Gain—But Grayscale's Pain.