What is Near Protocol? 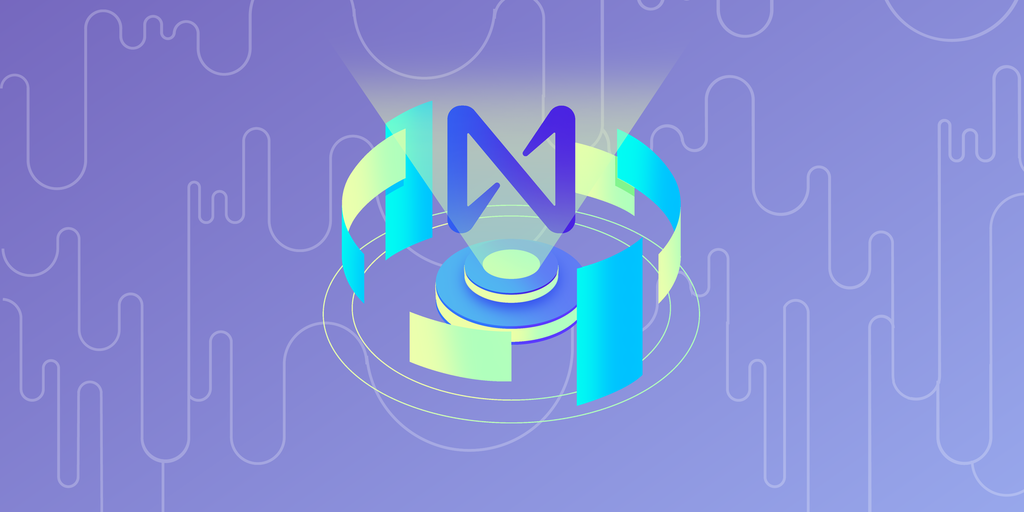 Blockchains that can run smart contracts aren’t anything new. They’ve been around since 2015 with the launch of the Ethereum mainnet, and there are now more than a dozen similar platforms operating today.

But despite the rapidly growing demand for decentralized applications (dapps), and the elaboration of increasingly elaborate and capable dapps, several major friction points still limit their adoption.

NEAR is a newcomer that looks to address the limitations of older systems through a community-governed sharded blockchain platform with interoperability and scalability at its core.

What is Near Protocol?

NEAR is a decentralized development platform designed to provide the ideal environment for dapps by overcoming some of the limitations of competing systems—such as low throughput, low speeds, and poor cross-compatibility.

It operates on top of the NEAR Protocol, a developer-friendly proof-of-stake (POS) blockchain that incorporates a number of innovations to boost scalability and reduce costs for developers and end-users. Its innovations include a unique take on sharding and a powerful new consensus mechanism known as ‘Doomslug’.

It is being built by the NEAR Collective, a worldwide community of researchers, developers, and thinkers, who wrote the initial code for the NEAR Protocol and continue to support the project by releasing bug fixes, updates, and building out the surrounding NEAR ecosystem. Since the code for NEAR is open source, anybody can join the collectible and begin contributing towards its development.

How Does Near Protocol Work?

Similar to Ethereum, Cardano, and TRON, NEAR can be described as a “base-layer” blockchain, which means it is the foundation upon which other applications are built and deployed.

NEAR uses a technology known as Nightshade to achieve its massive throughput capabilities. The scaling solution sees individual sets of validators process transactions in parallel across multiple sharded chains to improve the overall transaction carrying capacity of the blockchain. This solution differs somewhat from the sharding system used by other blockchains, in that each shard produces a fraction of the next block—known as a “chunk”. These are processed and immutably stored on the NEAR blockchain to finalize transactions contained within.

NEAR introduces a novel consensus mechanism known as Doomslug to boost efficiency, while ensuring blocks achieve finality within seconds by having validators take turns producing blocks rather than competing directly based on their stake.

It’s built to simplify things for developers, while also giving them a powerful toolkit to build next-generation applications with. Because NEAR uses a contract-based account model, developers can build advanced apps that can sign transactions on behalf of users, allowing them to execute agreements without the user needing to be physically available to confirm the action.

NEAR is designed to be a next-generation platform for dapps. To achieve this, it tackles some of the longest-standing issues in the blockchain space, as well as some that have only become apparent relatively recently.

For one, NEAR is incredibly fast. It’s able to process somewhere in the order of 100,000 transactions per second (tps) and achieves transaction finality near-instantly thanks to a 1-second block cadence. According to NEAR, its technology means it can achieve transaction fees that are 10,000x lower than they are on Ethereum — making them essentially negligible.

Though its technical advantages are arguably its biggest selling point, NEAR is also intended to be approachable to those with little to no knowledge of blockchain thanks to so-called “common sense onboarding”. This means regular users will be able to access dapps built on NEAR with a similar registration flow they’re already experienced with. This could help developers reach a broader audience, while also reducing frictions for those already accustomed to using dapps.

NEAR provides developers with a range of modular components to help them fast track their development and get their projects off the ground quickly. These include example implementations of non-fungible tokens (NFTs), faucets, token contracts, guest books, and more. The full range of examples and their code can be found on the official NEAR Github repo.

Who is building on NEAR?

Despite launching its mainnet less than a year ago, there are a large number of projects already building on the platform. Some of these include:

The NEAR Foundation is currently operating the NEAR Grants Program (NGP), which supports projects that helps grow the NEAR ecosystem and its community. A total of $1 million worth of grants will be awarded in H1 2021.

What is the NEAR token?

Like the vast majority of blockchains, NEAR also has its own native utility token—aptly named ‘NEAR’. It’s the token used for incentivizing nodes on the NEAR network and is also used for powering transactions and the numerous NEAR smart contracts.

As a community-governed platform, NEAR token holders can participate in the on-chain governance of the NEAR platform, or they can have a validator vote on their behalf.

Discussions about the development and marketing of NEAR products and the surrounding NEAR ecosystem are currently held on the governance forum. Users can also submit their suggestions to the NEAR Enhancement Proposals repository (NEPs) on Github.

Where and how to buy NEAR?

If you want to get involved with NEAR or begin using any dapps built on the NEAR platform, then you’re going to need to get your hands on some NEAR tokens.

Though it’s possible to earn these by participating in development bounties, staking, and operating a NEAR community, the simplest way to get some is by buying it from a supported exchange platform—such as Binance, Huobi Global, or OKEx.

Below, we’ll cover how to buy these with Tether (USDT) on Binance—currently the most liquid exchange for NEAR.

Step 1: Register on Binance and top up your account with USDT or another supported asset. Right now, Binance supports conversions for NEAR against Tether (USDT), Bitcoin (BTC), Binance USD (BUSD), and Binance Coin (BNB).

Step 2: Head over to your designed NEAR market on the Binance spot exchange, e.g. NEAR/USDT or NEAR/BTC.

Step 3: Here, you’ll find the Binance trading interface. At the bottom of the page, select the ‘Market’ option from the order panel.

Step 4: Enter the amount of USDT you want to spend and click ‘Buy NEAR’—this will automatically execute your order at the best available price. Your NEAR will then be deposited to your Binance account balance, ready to withdraw or trade.

Near Protocol: The future

Earlier this month, NEAR released its long-awaited Ethereum-to-NEAR bridge, known as the Rainbow Bridge. This allows users to bridge their Ethereum ERC-20 tokens to NEAR for use within the NEAR dapp ecosystem. This is a major stride toward NEAR’s plans to make the platform as accessible as possible.

ICYMI: Interoperability isn’t just #NEAR, it’s HERE with the launch of the #NEARRainbowBridge.

The first of its kind, a universal and fully trustless asset bridge that doesn’t rely on any external authorities.

For the next step, NEAR is currently working on implementing support for the Ethereum Virtual Machine (EVM)—the software stack that Ethereum uses for running decentralized applications. Once complete, developers will be able to re-deploy their Ethereum dapps on NEAR with few to no changes needed—eliminating a major barrier to launching cross-chain.