Viral Trump Video Getting NFT Treatment, Courtesy of The Recount 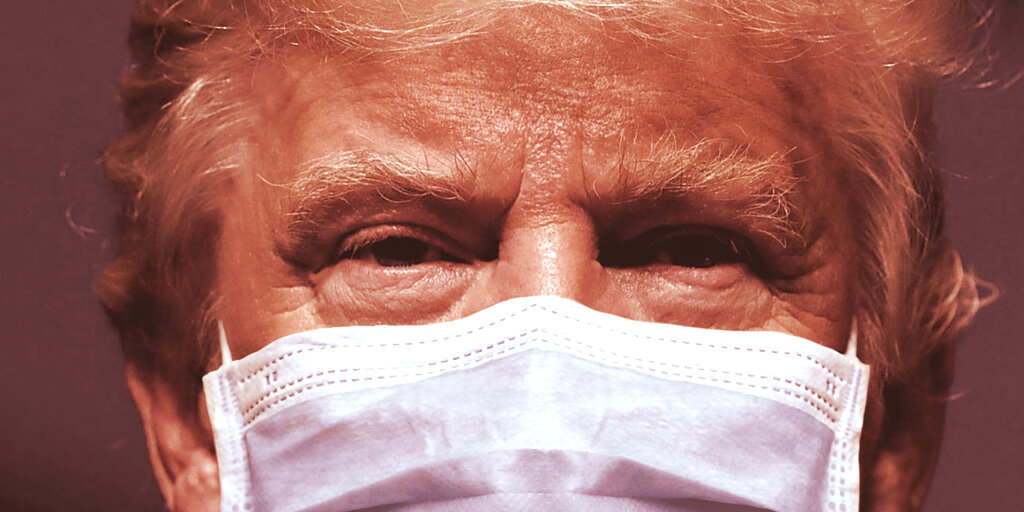 The NFT revolution has reached its inevitable next phase: viral TV news clips from Twitter.

Recount Media, the digital news company behind @TheRecount on Twitter (315K followers) and a trio of podcasts hosted by political personalities like John Heilemann and David Plouffe, will list an NFT on Wednesday of its own viral video tweet of President Trump's public statements about coronavirus.

Why? “It's an experiment,” said Recount Media co-founder John Battelle in an exclusive chat with Decrypt before the NFT sale, which starts at midnight EST on Tuesday night on NFT platform Zora. “It’s a toe in the water. We’re not declaring we’re going to become an NFT company. Not at all. I’ve lived through many hype cycles. I’ve seen the hucksters and the fraud that can be part of all this; we just want to learn. We’re not optimizing for money, we’re optimizing for learning.”

As Trump pivots to coronavirus crisis mode, let’s not forget the months of downplaying and denial. pic.twitter.com/gH1xZAHXm5

NFTs, or non-fungible tokens, are blockchain-based tokens that can represent any digital asset, from a virtual trading card to a unique DJ beat to a work of art or an album. The artist Beeple sold an NFT artwork for $69 million this month. In sports, the NBA has attracted an enormous amount of attention for its NBA Top Shot platform, run by Dapper Labs, on which fans pay big money for limited edition “moments” like a LeBron James dunk.

Battelle, who launched The Recount with John Heilemann in 2019 with investment from Fred Wilson of Union Square Ventures, among others, says Top Shot was the main influence in driving The Recount to try an NFT.

“Dapper Labs, what they’ve built is a sports moment that matters to a lot of people, validated by brands that mean a lot to a lot of people,” he said. “If there’s that much energy and enthusiasm for sports moments, maybe there could be energy and enthusiasm for news moments. And if you think about the past 18 months, those moments have been political.”

Battelle told Decrypt that The Recount originally reached out to Dapper Labs to list its NFT. “They’re overwhelmed,” he said. “They’re not even able to take phone calls from FIFA.”

The value proposition of NFTs is that they are verifiably scarce—the owner can point to the address of the NFT on blockchain to show that it is one of a limited batch, or in some cases, one of a kind.

In the case of The Recount‘s NFT, only one copy will be minted. Twitter CEO Jack Dorsey recently minted a single copy NFT of his first-ever tweet; the bidding has topped $2.5 million.

Battelle is well aware that by starting with an NFT that looks critical of Trump, there will be people who view the entire process as a political statement.

“We’ve anticipated that, but we have lived with that already,” he said. “We are equal opportunity bullshit callers, and it just turns out that for the entire life of our company, the bullshitter-in-chief was a Republican. And he dominated the news cycle. So we ended up calling a lot of bullshit on him, Mitch McConnell, Rand Paul,” said Battelle.

“That said, some of our most shared work has been us calling bullshit on Pete Buttigieg, or Nancy Pelosi. This [Trump video] was our first big moment as a company. And I mean, the President of the United States ignored and downplayed a global pandemic. That’s batshit. That’s still going to be batshit 10 years from now, 20 years from now, 30 years from now. So, I’m totally nervous, because I know we’re going to get jumped on. But that’s okay.”