MicroStrategy, PayPal, Square, Tesla In The Red on Day of Coinbase Listing 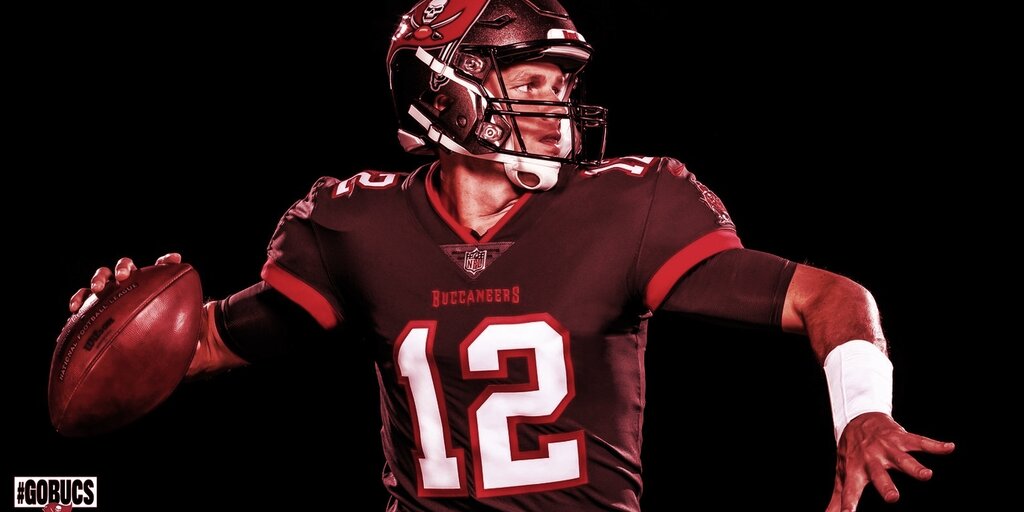 Brady and Richard Rosenblatt, the former CEO of Myspace parent company Intermix Media, will serve as co-chairs of Autograph, while the CEO will be Rosenblatt’s 23-year-old son Dillon.

“I believe this is a smart and strategic venture in an industry that has seen an explosion of interest in the last year,” DraftKings CEO Robins told Decrypt by email. “I’m looking forward to providing support to Tom and Rich as they launch Autograph.”

DraftKings hasn’t yet accepted bets in Bitcoin, a move many predict might come soon, but this week the company did post a daily fantasy sports (DFS) golf contest for The Masters that will award a rare CryptoPunk NFT as the first-place prize.

Autograph CEO Dillon Rosenblatt told CNN that Autograph, “will bring together some of the world’s most iconic names and brands with best in class digital artists to ideate, create and launch NFTs and ground-breaking experiences to a community of fans and collectors.”

NFTs or non-fungible tokens are blockchain-based crypto assets that represent ownership deeds to digital or physical items, from virtual trading cards to artworks to albums to sports video clips.

The NFT market has boomed in 2021, with digital artist Beeple selling a collection of NFTs for a grand total of $69.3 million earlier this year. Since then, almost everything has been made into an NFT, including the classic “Overly Attached Girlfriend” meme and this questionable iPad sketch of the Brooklyn Bridge, drawn by John Cleese of the Monty Python gang.

Here Are the Biggest Celebrities Who Have Launched NFTs

The NFL and crypto

Brady is the first quarterback to win a whopping seven Super Bowl rings, but he’s far from the first NFL star to jump on the NFT bandwagon. Just like former Patriots tight end Rob Gronkowski followed Brady to Tampa Bay, Brady is now following Gronkowski into the NFT industry.

Kansas City Chiefs quarterback Patrick Mahomes sold an NFT collection, and brothers Peyton and Eli Manning announced on Wednesday they will release an NFT artwork collection together. NFL alum turned actor Vernon Davis also sold an NFT series that came with “golden tickets” to an in-person meet-and-greet with him.

Meanwhile Russell Okung, tackle for the Carolina Panthers, is a longstanding advocate for Bitcoin and converted part of his NFL salary into the cryptocurrency. Other NFL stars like Saquon Barkley have taken a public interest in crypto too, if his Twitter bio including the word Bitcoin is anything to go by.