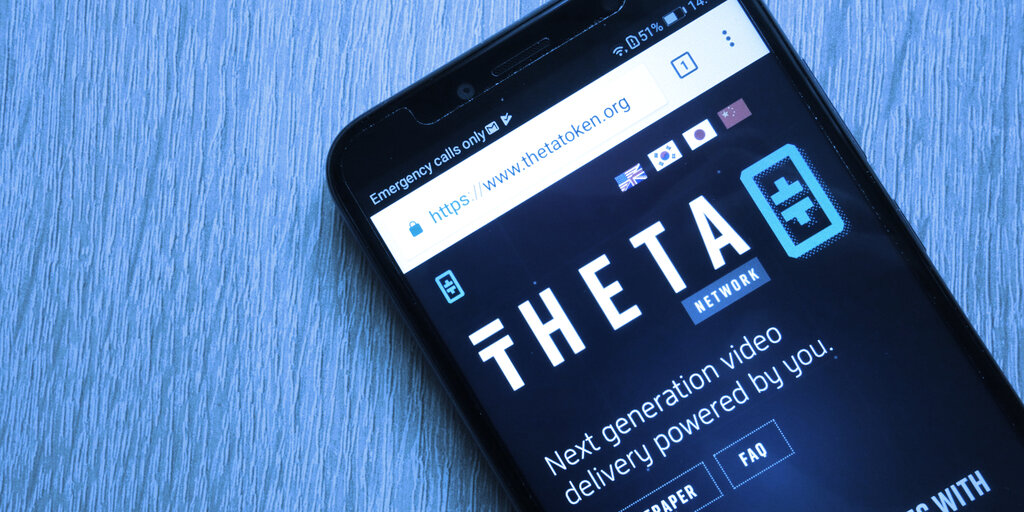 A new token has seemingly boomed out of nowhere into the top 10 cryptocurrencies by market capitalization. Theta, which is up 17,000% in the past year, is now the ninth biggest crypto with a market cap of $13.2 billion, as per Messari data.

The token (THETA) is the currency for the blockchain network, Theta Network. At the time of writing, Theta was worth $12.97—up 31% in the past 24 hours and nearly 81% in the past week, overtaking DeFigiant Chainlink and the popular peer-to-peer cash Litecoin.

But what does it do? Theta is the token for a project, founded in 2016, that wants to decentralize peer-to-peer video delivery.

It aims to fix this problem by using blockchain technology and having users share a network, where they are rewarded with the currency by participating.

Wes Levitt, head of strategy for the project, told Decrypt that Theta’s explosive growth has been a long-time coming. “I think it may have hit sort of an inflection point where people are starting to hear about it and realize there’s some value being created here,” he said.

He added that a secondary, staking token was on its way and that could be driving some of the interest as more video platforms and startups show interest in the project.

The explosive interest in NFTs could also be playing a part: Levitt said that the project is working on an NFT marketplace for data insights. NFTs are unique, non-replicable crypto tokens that have most recently been used to make crypto collectibles—like digital art.

The total value of the NFT market is currently valued at $1 billion—up 300% in the last year, according to figures from data firm NonFungible.

Investors in Theta could be “buying in anticipation” of the network’s forthcoming NFT push, Levitt said.

The views and opinions expressed by the author are for informational purposes only and do not constitute financial, investment, or other advice.
1
0
1