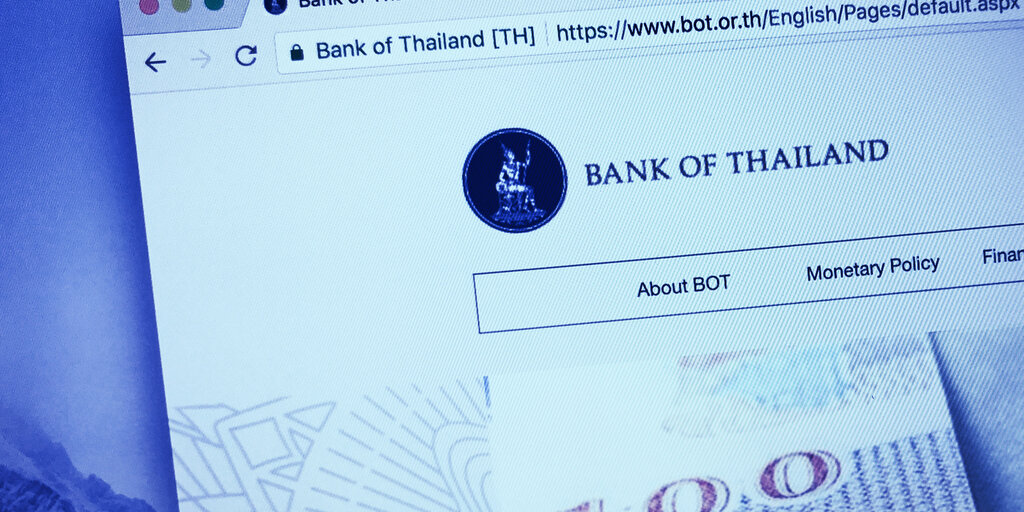 The Bank of Thailand (BOT) on Friday published guidance on stablecoins and also called for input on a regulatory consultation.

The BOT grouped stablecoins into two, distinguishing stablecoins backed by the country’s currency, the baht, from the rest.

The bank’s baht-centric approach is different from other central banks that distinguish between fiats and non-fiats, for instance a stablecoin whose value is tied to the US dollar and a stablecoin pegged to the price of gold.

The BOT calls stablecoins intended for everyday use “e-Money”, in line with terminology from the country’s Payment Systems Act of 2017.

Anyone who wants to offer a baht-backed stablecoin must ask the BOT for permission, it said.

The BOT highlighted that this policy is aligned with international standards, citing the United Kingdom, Singapore, and Japan.

But the BOT said much less about the second type, ”other forms of stablecoins.”

For the Thai crypto industry, however, there’s some room to influence policy-making.

The bank welcomes input on its guidelines with respect to other forms of stablecoins. “The BOT is open to receive comments and feedback before considering regulatory guidelines as appropriate,” it said.

The bank also added that it’s currently developing a Retail Central Bank Digital Currency “to meet the needs of the general public, improve service efficiency in the business sector, and increase access to financial services.”

A central bank digital currency has been a long-running ambition of the bank; it prematurely announced last summer that such a coin would be ready soon.

But there’s one blockchain project of the bank that’s already in full swing.

Last June, the BOT announced that, through a partnership with The Hong Kong Monetary Authority, it had built a prototype for a cross-border blockchain payment system called Project Inthanon-LionRock. The project allows banks in Hong Kong and Thailand to send funds to each other via smart contracts.

It’s not only the financial service in which Thailand wants to exploit crypto. It also wants to promote its tourism with crypto; “Even Elon Musk, the founder of Tesla and a crypto influencer, might be interested in visiting Thailand,” Yuthasak Supasorn, governor of the Tourism Authority of Thailand (TAT), told The Bangkok Post last month.

Meanwhile, earlier this month, the country attempted to adopt a restrictive approach toward local crypto investors and traders, only to take a step back after public backlash.

Thailand’s Securities and Exchange Commission had to walk back a draft proposal that would have required crypto investors to have a minimum annual income of one million baht ($33,000).

That threshold would have prevented low-and middle-income individuals from investing in cryptocurrency.

But the subtext is indelible: Thailand is up for crypto, but by its own rules.