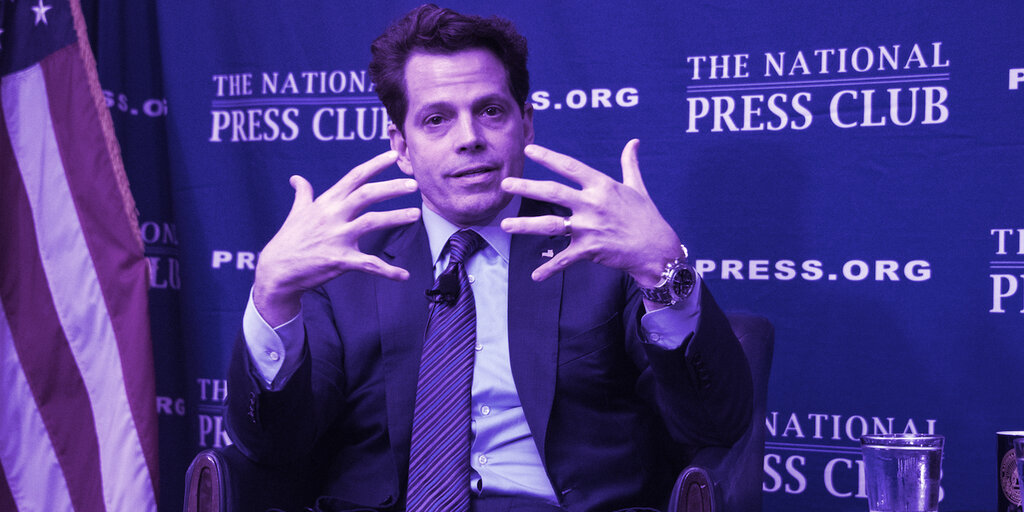 SkyBridge Capital, the firm run by former White House communications director Anthony Scaramucci, has filed for a Bitcoin ETF with the Securities and Exchange Commission (SEC).

The investment advisory firm has over $7 billion in assets under management. Its eponymously-named SkyBridge Capital Bitcoin Fund grew to a size of $370 million within weeks of its January open.

That fund, for accredited investors able to contribute at least $50,000, allows for shares to be redeemed on a quarterly basis. An ETF, or exchange-traded fund, would be far more democratic.

ETFs are investment vehicles that can be traded like stocks. They track the price of an underlying asset or group of assets. A Bitcoin ETF would, therefore, roughly align with the price of Bitcoin. In exchange for a fee, investors would get exposure to Bitcoin prices without exposure to the risks of holding and storing Bitcoin and private keys themselves.

The SEC has never approved an ETF.

Ironically, SkyBridge COO Brett Messing told Decrypt after the Bitcoin Fund's launch that a Bitcoin ETF “will put us out of business.”

“Our fund will continue on, but we won't be able to raise any capital,” he said. He suggested clients would ask, “Why do I need private fund?”

But Scaramucci and colleagues may have seen the writing on the wall.

The market for crypto investment vehicles in general has expanded as price of Bitcoin has increased by around 10x in the last year, buoyed by institutional investments from the likes of public companies Tesla and MicroStrategy as well as institutional investors such as Galaxy Digital. For example, the Grayscale Bitcoin Trust—an investment vehicle that tracks the price of Bitcoin but locks traders into their position for months—controls 3% of the 21 million BTC that will ever be in circulation, making it the biggest institutional holder of BTC in the world.

Bitcoin ETFs—a more retail friendly investment because they can be traded as easily and frequently as GameStop or Tesla shares—remain elusive. However, with Canadian regulators approving a trio of Bitcoin ETFs just this year, some see the possibility of a US ETF in the near future. Investment firm VanEck has reapplied for an ETF.