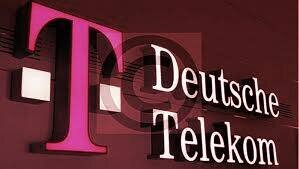 In a first for the telecom industry, one of its biggest players is jumping into crypto. On Tuesday, Deutsche Telekom announced it is purchasing tokens issued by Celo, a startup that specializes in offering crypto on mobile phones.

The German telco giant did not disclose the size of the investment, but a corporate executive told Decrypt that the token purchase was significant. The company is also investing in infrastructure to support the Celo network, which is working to build a decentralized version of Venmo-style peer-to-peer payment platforms.

Launched in 2017, Celo has maintained a relatively low profile in the crypto world. But that has begun to change in recent months, in part thanks to a recent $20 million funding round raised by blue venture capital firms, including Andreessen Horowitz.

Celo’s standout feature is a tool that maps users phone numbers to the public key for a blockchain wallet. This serves to simplify access to crypto, especially for people in developing countries who may lack familiarity with the technology or who don’t have access to popular crypto exchanges.

On its face, Deutsche Telekom’s decision to tie up with Celo is an intuitive one—it involves a phone company with crypto ambitions partnering with a company that specializes in mobile crypto applications. At the same time, it is a challenge to see how, specifically, the phone giant plans to integrate Celo’s crypto features. For instance, will the arrangement lead the company promote Celo to its millions of European customers?

According to the corporate executive, Andreas Dittrich, who helps lead the company’s blockchain initiatives, Deutsche Telekom sees a variety of opportunities using Celo, including remittances. He acknowledged it is a surprise to see the company’s partner with an “exotic alt-coin,” but added that Deutsche Telekom was impressed by the Celo team and that he believes the platform could “be huge.”

Dittrich also stressed that Deutsche Telecom’s involvement will be as an investor, and as an infrastructure provider. In the latter role, the company will run a validator node for Celo separately from its cellular network, but also use its network to provide services like an API that facilitates SMS-based validation.

Dittrich also emphasized that, by buying its tokens, Deutsche Telecom is investing in the decentralized network Celo is building, rather than the company itself. He added that the telco giant has made a major strategic shift in its approach to crypto, moving from a narrow focus on the HyperLedger protocol to exploring blockchains of all sorts.

Deutsche Telecom’s decision to invest in crypto may only the beginning for the industry. Rene Reinsberg, co-founder of Celo, predicted that most big organizations, including telecom firms, will own various tokens, in part to influence their governance.

Reinsberg also noted that Celo, which has long offered a dollar stablecoin, is about to issue a euro-backed stablecoin. The new currency is likely to serve an important role as firms like Deutsche Telecom seek to build crypto-based remittance operations.

In recent months, Celo has also been working to elevate the role of its affiliated non-profit operation the Celo Foundation, which seeks to promote financial inclusion through crypto. Earlier this month, the foundation added former Citigroup chair Dick Parsons to its board.

Goldman Sachs, one of the world’s biggest banks, has filed an application…