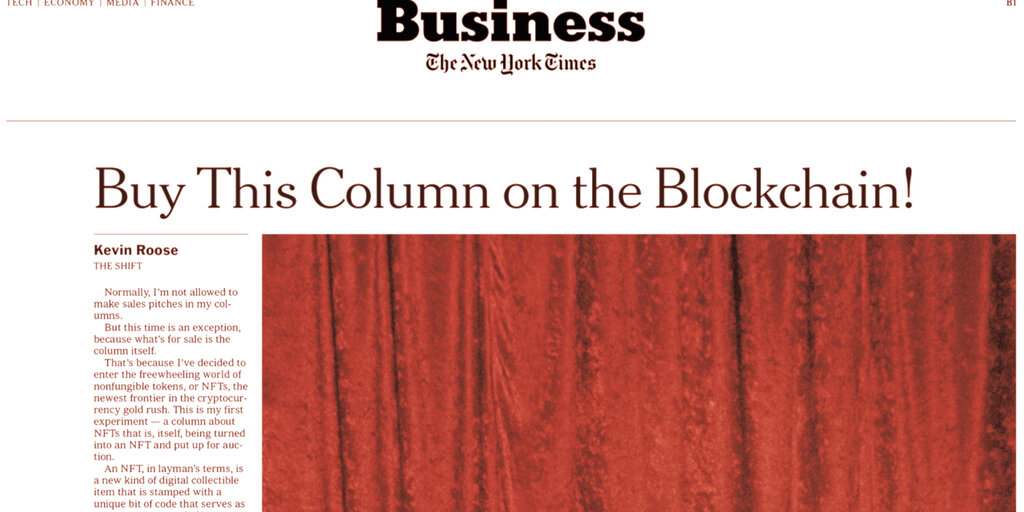 Yesterday, The New York Times ran a column about the emerging market for NFTs, and put an image of the piece up for auction as an NFT.

The article is titled “Buy This Column on the Blockchain!”

Today, someone has: the NFT just sold for around $560,000 on Foundation, a dedicated marketplace for digital collectibles. Last-minute bidding on the NFT quickly drove up the price, rising from just over $100,000 to a half million within minutes.

Non-fungible tokens have been making serious money for visual artists and musicians, as crypto’s nouveau riche have injected millions into the market.

But journalists and media outlets have gotten involved, too: Quartz already sold an article as an NFT (for just $1,800) and TIME Magazine auctioned off three cover images as NFTs, netting close to half a million dollars. The Associated Press sold a piece of art as an NFT, and the humble Decrypt just launched an NFT initiative earlier this morning.

The Times’ column specifies that proceeds from the sale will be donated to the Neediest Cases Fund, a nonprofit organization operated by the paper.