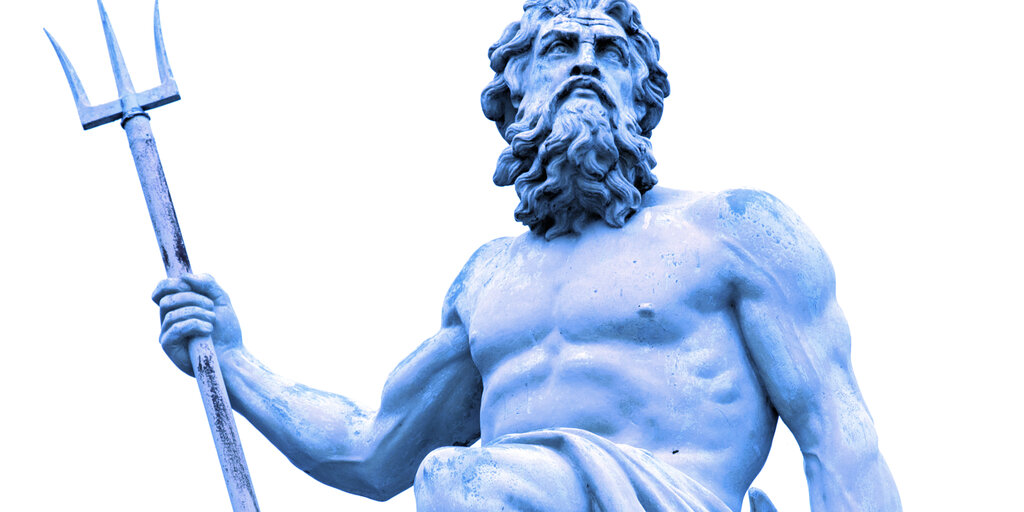 A new decentralized finance project aims to provide other DeFi projects with much needed liquidity—so they don’t have to go hat in hand to venture capitalists.

Neptune is a decentralized autonomous organization (DAO) structured as a limited liability company to be compliant with laws and regulations. Paying members of the DAO pool their capital into projects chosen by the group, and provide liquidity to those projects in an attempt to generate returns.

It's framing itself as the first liquidity DAO. And this week, it raised a quick $20 million.

After soliciting $13 million in Ethereum from members of The LAO (Limited Liability Autonomous Organization) and members of the NFT-centric Flamingo DAO, Neptune then opened its doors to the public and sold out in less than an hour, bringing its total fundraising to 9,900 ETH ($20 million).

With that war chest, Neptune DAO can provide liquidity to get DeFi projects off the ground.

‘We Can DAO It': How a New Wave of CypherPunks Is Disrupting Venture Capital

DAOs are organizations that leverage blockchain-based smart contracts to enable holders of a token to vote on decisions affecting that organization. The first such organization, called simply The DAO, was established as a new form of venture capital fund in 2016. It attracted a sizable chunk of the Ethereum tokens in circulation, worth over $150 million at the time, before losing over one third of them in an infamous hack.

Yet DAOs have adapted and survived.

The LAO distributes funds to Ethereum builders. Flamingo DAO spent the 5,940 ETH it collected to purchase and archive parts of the NFT ecosystem. Neptune DAO says it has a single purpose: to pump liquidity into DeFi platforms so they can attract more users and make that experience better. Oh—and to turn a profit for its DAO members, too.

Sam Cassatt, the former CSO of Ethereum incubator ConsenSys (which funds an editorially independent Decrypt), is the CEO of Alignment Engine, the facilitator of Neptune DAO. He formed the company as a new type of VC firm adapted to the DeFi world: half finance types, half engineers. “At one point in venture capital in crypto, all you needed was a checkbook and some market thesis, and that's how you funded projects,” he told Decrypt in an interview. “And they would use that to bootstrap their protocol, they would use that to fund development.” Cassatt says a “new paradigm” emerged over “DeFi Summer,” when the DeFi market went from being worth about $1 billion to $10 billion in three months in 2020. DeFi builders (known as DeFi degens), aiming to remove the shackles of traditional finance and truly embrace a system without powerful intermediaries, didn’t want to deal with venture capitalists.

But they do need money.

“If you’re building a DeFi protocol, you need liquidity, meaning you need money, flowing through that protocol—you need people actually using that protocol—in order for it to work,” said Cassatt. For example, you can’t get a loan on Aave, the prominent DeFi protocol for lending, if there’s no one who wants to lend it.

Protocols such as Yearn Finance began incentivizing users to provide liquidity by issuing their own tokens and using other methods. But untested developers miss out on the guidance and feedback they might receive from savvy investors.

Neptune aims to bridge the gap, bringing the best of venture capitalism but without the demands for equity stakes. Neptune's members include a number of DeFi O.G.s whom Cassatt is hesitant to name, but describes as “smart people that have come together that understand the ecosystem, who have decided to pool their liquidity and knowledge together.”

A Deep Dive Into DeFi Venture Funding: VCs are Stronger Than Ever

Neptune members “can serve some of the same functions that a venture investor might, in the sense that they can bring wisdom, guidance,” Cassatt said. “We can bring advice. And we're essentially taking a position in their asset of the protocol. But we're doing it in a completely different way that's decentralized, and that is specifically emergent from this new DeFi type of activity or phenomenon.”

There are caveats. Membership in Neptune is capped at 99 people, all of whom must be accredited investors (the bar is typically $200,000 in annual income for the past two years or $1 million in net worth). That’s to stay above board with securities regulators, while also keeping it from becoming controlled.

Neptune was incubated by The LAO, which was set up by Open Law attorney Aaron Wright, and uses the same structure. Because of that, the organization runs into additional legal requirements when it reaches 100 members.

The god of liquidity has risen

Thus far, membership has been limited to 70 people, in order to give current members some leeway in admitting the last 29. Each member contributed at least 60 ETH to join. The voting structure is still being hammered out, with measures such as quadratic voting on the table.

“I didn't quite know how to gauge the level of interest, financially, but it looks like it turned out pretty well,” Cassatt said of the $20 million haul. “And I know there's more demand than supply at the moment.”

More demand, for now—unless and until DeFi Summer leads into a DeFi Winter.