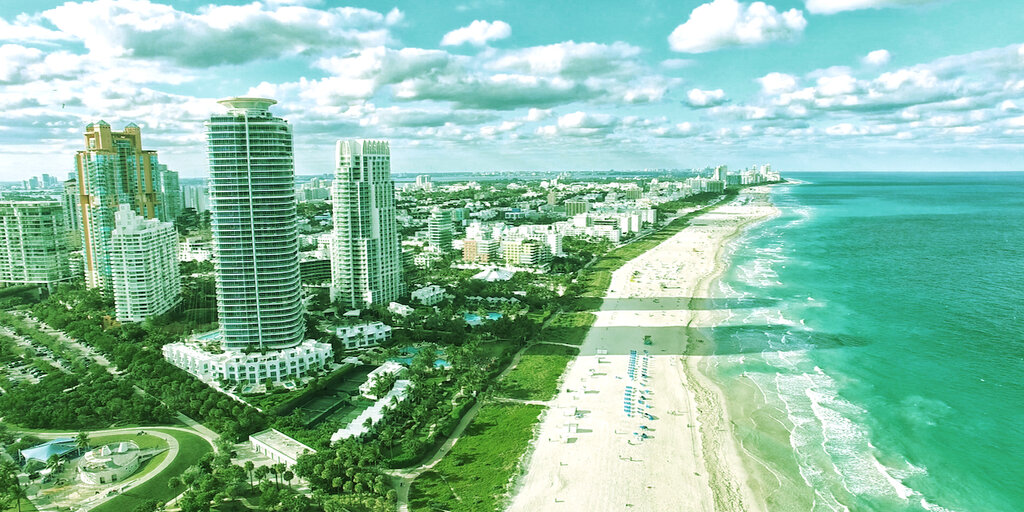 Residents of Miami-Dade County could soon be able to pay their local taxes in cryptocurrency.

Danielle Cohen Higgens, a county commissioner who covers parts of Miami-Dade County, is calling for the creation of a “cryptocurrency task force.” The resolution is being considered by Miami-Dade’s Infrastructure, Operations and Innovations Committee.

Per the Miami New Times, the task force would examine the feasibility of allowing county residents, who number 2.7 million, to pay taxes in crypto. The cryptocurrencies mentioned in the report are Bitcoin, Ethereum and Litecoin. The resolution also calls for the task force to consider other cryptocurrency initiatives.

Higgins reportedly told the Miami New Times that “it is important to explore all avenues that can support an expanding tech and startup presence to benefit our economy.”

But this is not the first time Miami has delved into the crypto industry. Francis Suarez, Mayor of Miami, has been one of crypto’s loudest advocates in public office.

Mayor Suarez has a clear vision for integrating Bitcoin into his city. In January of this year, he said he wanted the city to spearhead crypto innovation in the United States and the world.

Dubai Private Equity Firm Says It Will Invest $4.8 Billion of Bitcoin in Miami

On a call with Decrypt later that month, he said he was already building out a cryptocurrency team to help him reach his lofty goals.

A month later, the city’s governing commission began exploring the possibility of investing government funds into Bitcoin—an idea yet again spearheaded by Suarez.

The Mayor is also putting his crypto where his mouth is. Again in February of this year, he told Decrypt that he planned to buy a portfolio of cryptocurrencies that included Bitcoin, Ethereum, and possibly even Dogecoin.

The city’s famous NBA franchise—the Miami Heat—has also jumped on the crypto bandwagon. Earlier this month, the franchise announced a long term partnership with cryptocurrency exchange FTX, co-founded by Sam Bankman-Fried and Gary Wang in 2019. The Heat’s stadium is also changing its name to the “FTX Arena.”

Suarez is set to hit a crypto slam dunk, unless the crypto market dunks on him first.

Famed filmmaker Kevin Smith is getting into the NFT game. Smith has…