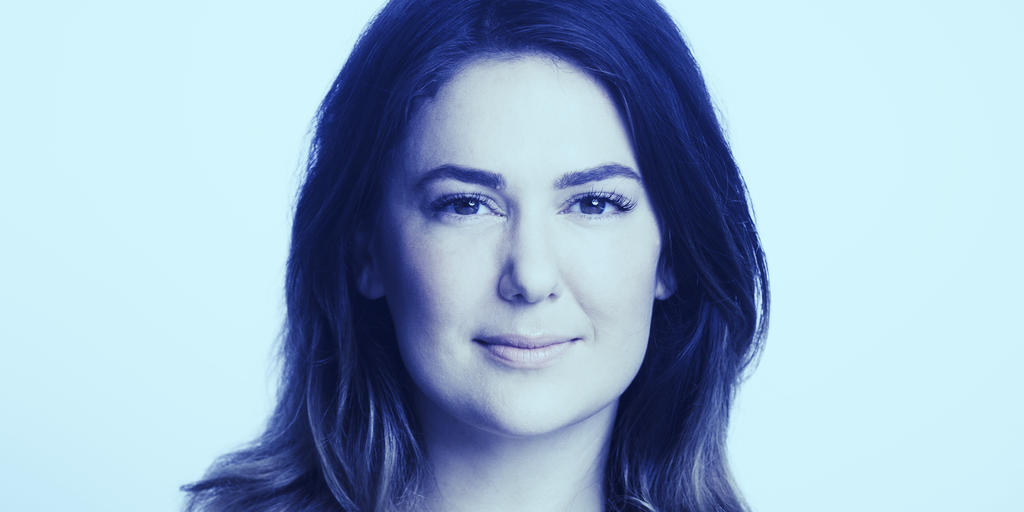 Meltem Demirors is the chief strategy officer at digital asset investment advisory group CoinShares, a frequent guest on CNBC, and an advisor on multiple projects, such as Casa and Shyft Network.

She’s also the newest board member of the Stacks Foundation, the nonprofit organization that promotes development on the Stacks network (formerly Blockstack), a move that has been in the works since last year but was shared exclusively with Decrypt today.

Blockstack’s token offering is historic, but its dance with the SEC is far from over

Stacks is a network designed to bring the types of decentralized applications and smart contracts Ethereum is known for onto Bitcoin. Or, as the website puts its, “Stacks unleashes Bitcoin’s full potential as a programmable base layer.”

And that involves doing away with its image as digital gold, Demirors told Decrypt in an interview. “Gold is a shiny rock. Bitcoin is not a rock. It's not a f—ing rock.”

“There’s a lot of work to be done on the narrative around Bitcoin,” she said. “I think this narrative of, ‘Oh, Bitcoin is never changing and not innovative but it’s stable, and Ethereum is really innovative or other protocols are really innovative’—we need to kill that narrative. And Stacks is going to help us do that.”

In her role on the Stacks board, where she joins board members Zavain Dar and Rodolfo Gonzalez, the CoinShares CEO “will help devise and implement strategy for enabling developers to build smart contracts, decentralized apps (dApps) and non-fungible tokens (NFTs) within Bitcoin’s ecosystem via a shared connection with the Stacks blockchain,” according to a press release.

“Obviously, we've seen a lot of Bitcoin move onto Ethereum in the form of Wrapped Bitcoin, whether that's done in a custodial manner or a noncustodial manner,” she told Decrypt. “What we haven't really seen a lot of to try to bring Ethereum’s functionality and simplicity in programming to Bitcoin.”

Demirors and the Stacks Foundation have quite a war chest to work with. Blockstack PBC, now Hiro, the New York-based development team behind Stacks, granted 100 million STX tokens to the foundation in 2020 to get started. At the time of Blockstack’s initial coin offering in 2019, those tokens were worth about $23 million. Now, thanks in part to a bullish crypto market, they’re worth north of $100 million, though some of the tokens have already been distributed as developer grants.

Demirors, a former corporate treasurer, said that creating a 10- to 20-year plan will be a top priority. That could involve diversifying out of Stacks and/or trying to earn yield on the Stacks the foundation does hold.

“Longevity and sustainability is something that's been problematic for foundations and treasuries in the past,” she said, emphasizing that the foundation wouldn’t act as a venture fund or business. Instead, she emphasized community feedback, including through a community board seat. “We're really just stewards bringing our expertise and our insights to the foundation, but really the foundation serves the broader community,” she said.

That community should grow as the thirst for not just Bitcoin, but also decentralized finance apps and NFTs expands. Both have blossomed into multi-billion dollar industries primarily via the Ethereum network over the past half a year, as institutional investors hoard Bitcoin as if it were only a store of value.

“All we do with gold today is we take bars and shove them in a vault. The point of Bitcoin is not to take it and shove it in a vault,” Demirors said. “What we're going through with Bitcoin is sort of this exploration of what else is possible.”