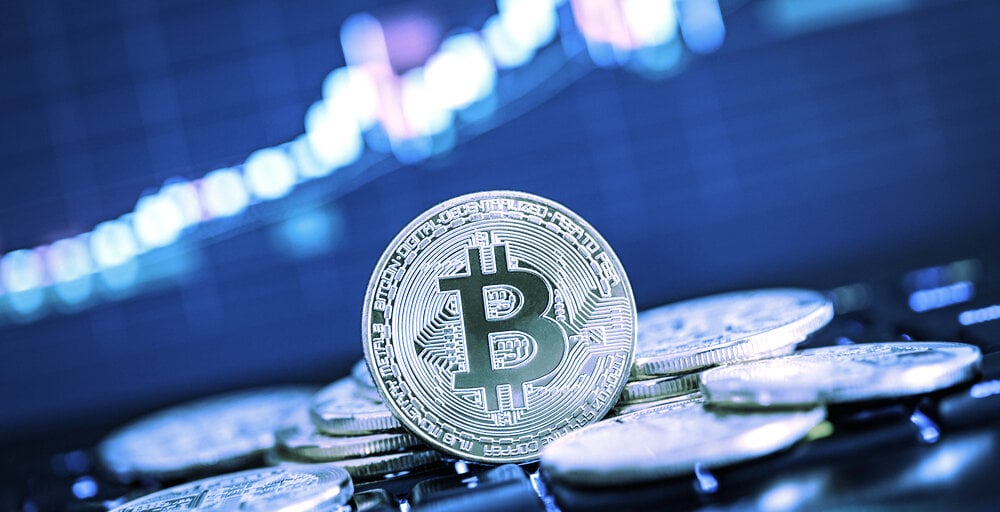 There were signs of life in the markets this morning after yesterday’s sustained losses. Global crypto markets hit lows of $1.58 trillion yesterday at 4pm UTC – the lowest number in nearly a month.

But the resistance held on that line, and markets appear to be in a recovery phase. Market cap is now creeping up and stands at $1.66 trillion.

The markets appear to be enjoying two bits of news. The first was Microsoft had deployed its decentralized identifier network on Bitcoin's main net. The project, which began four years ago, is designed to help organizations and individuals be identified online without having to rely on a third party.

The second bit of news was that New Zealand pension fund KiwiSaver had invested 5% of its $350 million fund in bitcoin.

“Our KiwiSaver is majority built up through traditional assets classes, your bonds and shares…, but there’s going to be times when it’s not always going to be plain sailing. You may still have a positive view of those asset classes, but other opportunities present themselves,” said James Grigor, the chief investment officer for the fund.

But the recovery could be throttled by what is going to be a record number of Bitcoin options contracts that are set to expire today.

This Friday $6 billion in options contracts are set to expire. #Bitcoin price expectations for April are high with lots of investors placing their new bets on $80k. pic.twitter.com/xRipoAaD1F

Some $6 billion worth of contracts are expected to expire, which market analysts are expecting to lead to a short squeeze. While it's likely to push up prices as short bettors are forced to buy BTC to cover their losses, it's unlikely to create a sustained uptick.

As Market Watch pointed out yesterday, markets are heading into a frothy period as assets elsewhere are drawing investment away from BTC. As reported by ByBt, more than $2 billion was liquidated in Bitcoin futures markets, indicating that markets are getting tougher to navigate.

That choppiness was felt on Wall Street as well. The Dow, S&P 500 and Nasdaq ended yesterday's session slightly higher, but the markets are becoming more uneven as cyclical trading creates a polarising number of winners and losers.

Tech stocks are struggling to hold onto gains made earlier in the quarter, while value stocks become early 2021's top performers.

“We have seen that value has outperformed growth,” said Lori Calvasina, RBC Capital Markets head of equity strategy, in a recent note.

“In other words, growth stocks tend to outperform when growth is scarce, but value tends to outperform when it is plentiful. The good news for the value trade is that current consensus forecasts expect GDP to remain above trend through the end of 2022. The thing to monitor is whether that changes.”

But some economists are finding the pace of change hard to adapt to. “It is hard to keep up with this economy,” Bank of America economists said on Thursday. The firm is raising its forecast for GDP growth to 7.0%, compared to the Federal Reserve's 6.5% forecast.

While that's good for the economy and good for consumers, Bitcoin's eye-watering rise this year could be stalled. But that hasn't stopped some from doubling down on their bullish outlook.

According to Deribit exchange, the most common open position on the exchange is the $80,000 call, meaning some are expecting another Bitcoin boom in April.