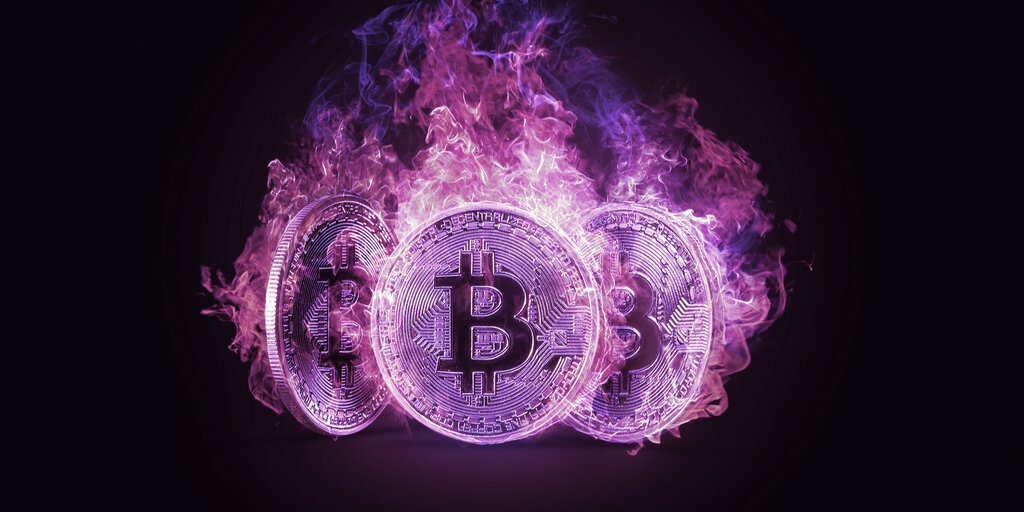 But who needs sexy when you can haul in $133 million?

Fireblocks, which provides digital asset custody, transfer, and settlement infrastructure for clients such as banks and exchanges, closed a $133 million Series C round led by investment firms Coatue, Ribbit, and Stripes.

The round also came with strategic investments from major clients Silicon Valley Bank and BNY Mellon—one of the largest investment banks in the world with $2 trillion assets under management—as well as financing from crypto investing mainstays such as Fred Ehrsam's Paradigm and Mike Novogratz's Galaxy Digital.

A Series C is a fundraising round for successful companies that need to scale up quickly. That pretty much describes the situation at Fireblocks, which raised $30 million in a November 2020 Series B. For the last three quarters, Fireblocks has nearly doubled its customer projections.

“Like they say, ‘Good problems to have.' Those are still problems,” CEO and co-founder Michael Shaulov told Decrypt in an interview. “At the end of the day, we are the critical infrastructure for clients, and if the system doesn't work or they cannot basically use the system, they cannot do transactions.”

The first order of business with the capital infusion, then, is to double the size of the company by hiring another 100 people, Shaulov said. And not just engineers but for customer service reps. He recalled waiting for months in 2017 to open an account with an exchange and not getting any customer support.

“For me, those are things that are unacceptable given our prominent position in the industry right now,” he said. “The most important thing about this funding is really our ability to continue to provide [customers] the quality service that we are well known [for].”

The investors are, unsurprisingly, happy with the current state of Fireblocks. “Fireblocks has built the most powerful technology stack for anyone that’s looking to get into the digital asset business,” Stripes Group founder and managing partner Ken Fox said in a press release. “Fireblocks is leading the breakthroughs in MPC wallets, settlement network and access to DeFi and tokenization services. It has the versatility that banks and fintechs need to continue competing in this market.”

So, while Fireblocks is looking to the future, Shaulov said, the raise itself “is a statement to our customers—our current customers and our future customers—that we are not going anywhere.”