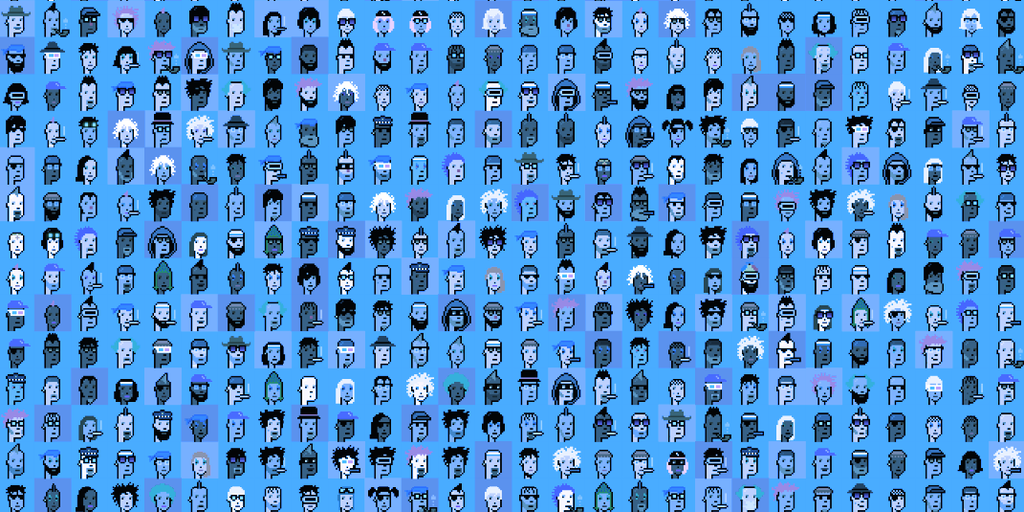 A crypto investor placed 16 bids worth a total of $6.3 million on a group of CryptoPunks today, all within a few minutes. So far, none of the bids have been accepted.

The account in question does not yet own any CryptoPunks (although the owner of the account may already own some), but having placed bids from a range of $91,000 up to $1.1 million, it may possess some soon.

CryptoPunks are a collection of 10,000 24 x 24 pixel images depicting faces, each represented by a non-fungible token (NFT) on the Ethereum blockchain. NFTs are unique crypto tokens that prove ownership of, and provide scarcity to, digital content such as images or video.

As with other NFTs, you can buy or sell these punks—or just hold them in your wallet. While only a few hundred are traded each month, they’re typically among the most expensive NFT sales, in a market that’s seen sales volumes explode in recent months.

The majority of CryptoPunks are male and female heads; apes, zombies and aliens are rarer and tend to sell for accordingly higher prices. Each 8-bit style pixel art face is unique and they all have a range of features, such as hats and glasses.

NFTs Are Selling for Millions. But Are They Reselling?

The CryptoPunks that this investor bid on were mostly male and female heads. But they did place a bid on one Zombie CryptoPunk, for $1.1 million. It has a cigarette in its mouth, a top hat and nerd glasses.

It’s worth taking these valuations with a pinch of salt. Since there are so few sales of CryptoPunks, but such high valuations, it’s not impossible that investors are making sales among themselves to drive up the value of their NFTs. This is one of the flipsides of the data being publicly available on the blockchain—it’s accessible to anyone around the world, but it’s possible for people to hide their identity behind multiple addresses.

This particular flurry of bids on CryptoPunks comes ahead of a planned sale of CryptoPunks at auction house Christie’s. It’s the latest high-profile NFT sale from the auction house, which last month propelled crypto artist Beeple into the ranks of the highest-paid living artists with the sale of a $69 million NFT.  Christie’s will be selling nine CryptoPunks in a single auction on May 13—although there’s not a single zombie on offer.

One of the scariest features of transacting with cryptocurrency, for many new…

On Friday, the US Commodity Futures Trading Commission released a statement demanding…