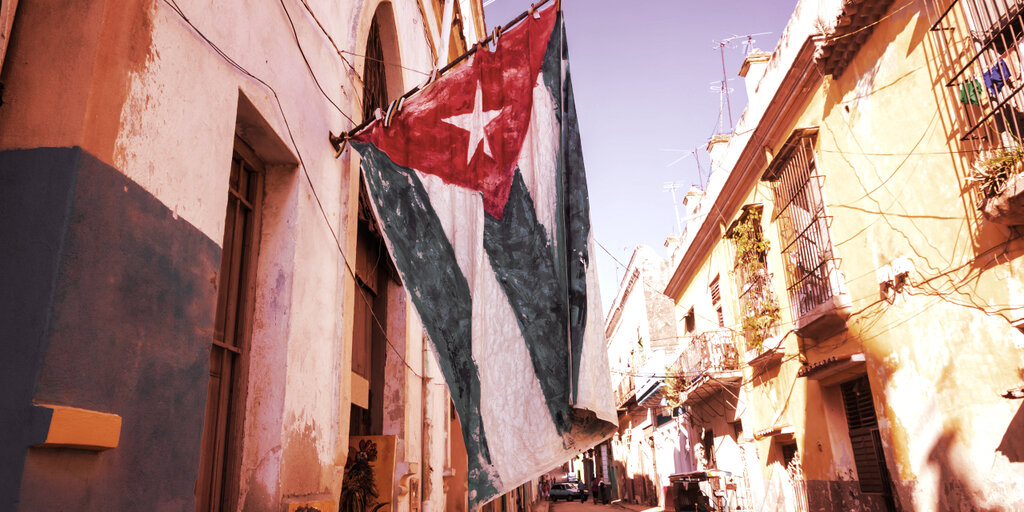 Cryptocurrency is now officially part of the Communist Party agenda in Cuba. Over the weekend, Cuba’s government adopted a proposal to include cryptocurrency as part of the “economic and social policy guidelines of the party and of the revolution” until 2026.

In Cuba, public policy is discussed and decided upon in massive assemblies held by the country’s Communist Party. During the eighth congress of the Communist Party of Cuba, attendees proposed various changes that aim to improve the country’s economy amid global economic sanctions initiated by the United States.

The list of adopted proposals will function as a sort of general guideline that provide government bodies with objectives to accomplish over the next five years. One of those objectives will now be to “advance in the study of cryptocurrencies in the current conditions of the economy.” The idea that the island nation should explore ways to use crypto to circumvent economic sanctions had been previously discussed by government officials, but the recent measure makes it now official policy.

Details remain scarce and the Communist Party of Cuba has yet to flesh out its specific plans regarding cryptocurrency. But should the country take its cues from Venezuela, a fellow socialist nation and strong political ally, then anything from developing its own state-backed digital currency to making use of established cryptos such as Bitcoin or Ethereum, could be on the table.

Bitcoin and cryptocurrency have increasingly become part of the larger geopolitical discussion. Just last week, PayPal and Palantir Co-Founder Peter Thiel floated the possibility of China using Bitcoin as a financial weapon that could threaten the US dollar’s global hegemony. All the while, however, several prominent US institutions like Tesla, BlackRock, Anthony Scaramucci’s Skybridge and even Miami continue to look to Bitcoin as a potential inflation hedge, protecting their assets should the dollar decline.

Meanwhile, several countries around the world have begun to explore ways to use digital currency to diminish the US’s influence over their own economies. Nations such as Brazil, Iran, China, Bermuda, Venezuela, and the Marshall Islands have taken various approaches that range from supporting the cryptocurrency mining industry to developing sovereign digital currencies. Venezuela has taken it a step further and confirmed that it now includes Bitcoin and Ethereum as part of its international reserves.

While it remains unclear what approach the Cuban government will take with crypto, citizens of the island nation aren’t waiting around, as Bitcoin adoption continues to rise.

While cryptocurrency adoption remains low relative to the general population, small communities of Bitcoin users in Cuba are flourishing—and growing. As Decrypt reported last year, software developers in the country are increasingly looking for ways to make it easier for people in Cuba to access Bitcoin, despite the country’s poor internet infrastructure.