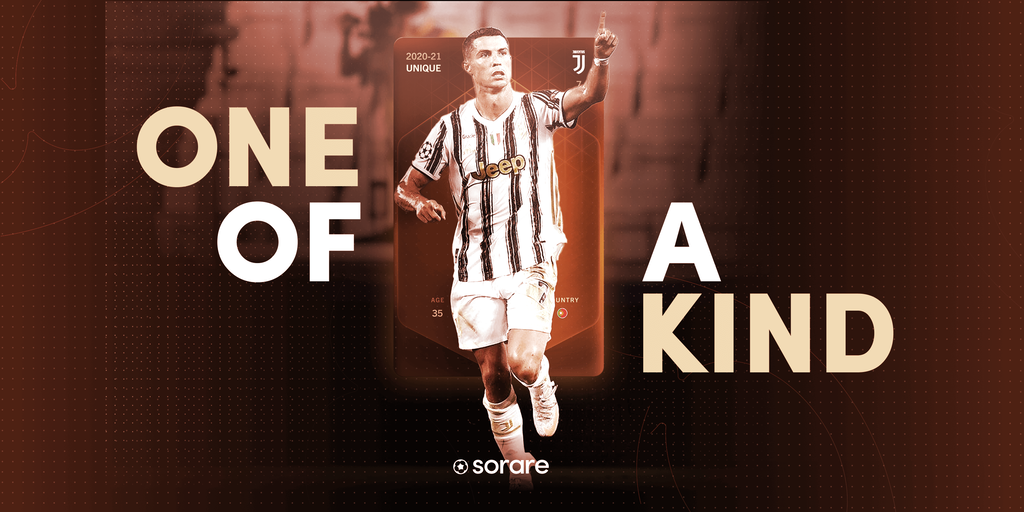 NBA Top Shot has dominated the recent craze around crypto sports non-fungible tokens (NFTs), but Ethereum-based fantasy soccer game Sorare has been doing it for longer. And at least for now, it has also topped Top Shot with the highest-priced sale of a single sports NFT.

Sorare announced on Sunday that a single NFT card of Portuguese soccer superstar Cristiano Ronaldo sold for $289,920 on the platform, topping all previous Sorare card sales. Additionally, it is the highest-priced soccer card ever sold, physically or digitally, supplanting a recent record set by the sale of a physical Topps card of Erling Haaland for $124,230.

ALL HAIL THE KING

@YoDough scooped up this Legendary LeBron James Moment from our Cosmic Series 1 set for $208,000

This Moment is from our first Legendary set ever minted

The top acquisition for any NBA Top Shot Moment … so far.

Congrats on the nice pickup!

Sorare user Camembert, whose collection includes other high-value cards such as Raphaël Varane and Vinícius Júnior, provided a comment (via Sorare) on the purchase.

“Ninety-nine percent of people probably think it is stupid to spend so much on something that you cannot ‘touch.’ My parents don't get it and think I am a bit crazy,” he said. “I would personally never buy a Picasso, but I was very happy to invest 300,000 USD in my idol.”

Camembert claims that he has no plans to try and flip the card for an even higher value as the NFT boom continues, adding: “This purchase was not motivated by speculation, I do not plan to sell anytime soon. For me, Cristiano is priceless.”

The Ronaldo Sorare NFT might have enjoyed a very brief window as the highest-value sports NFT ever sold, but it was quickly overcome by none other than “Gronk.” NFL star Rob Gronkowski’s NFT sale ended Sunday night with $1.6 million worth of total NFT cards sold, including the “Career Highlight Refractor Card” that sold for 232 ETH, or about $435,000. That’s still a far cry from the highest-ever football card sale, as a physical Patrick Mahomes rookie card sold for $861,000 earlier this year amidst a booming market for sports cards.

The rising value of NFT sports collectables comes amidst an explosion in trading volume for all NFT digital collectibles, including crypto artwork and other kinds of in-game items. NFT trading volume grew to $342 million in February alone, topping the total for all of 2020, and along with Gronkowski, we’ve seen collectibles from the likes of Grimes, Kings of Leon, and Taco Bell. Last week, a single piece of crypto art from Beeple sold for $69 million via Christie’s auction.

NBA Top Shot, which launched to the public in October 2020, has been both one of the largest driving forces and beneficiaries of the NFT explosion. According to DappRadar, the collectibles platform has seen nearly $309 million of trading volume over the last 30 days. Sorare’s total trading volume over that span pales in comparison, sitting at more than $21 million.

DappRadar shows that Sorare’s trading volume skyrocketed in late February, around the same time that NBA Top Shot began capturing widespread headlines for its immense trading volume and big-ticket moment sales. However, Sorare’s daily activity has leveled off since then.

Sorare saw steady growth over the course of 2020 and into 2021 as the platform has amassed more than 120 total team/league licenses to date, including Juventus, Paris Saint-Germain, and every Major League Soccer team. Sorare has parlayed that rising interest into a recent $50 million Series A funding round, featuring major investors such as Alexis Ohanian and Gary Vaynerchuk, as well as the launch of a spinoff game called One Shot League produced in collaboration with major video game publisher Ubisoft.