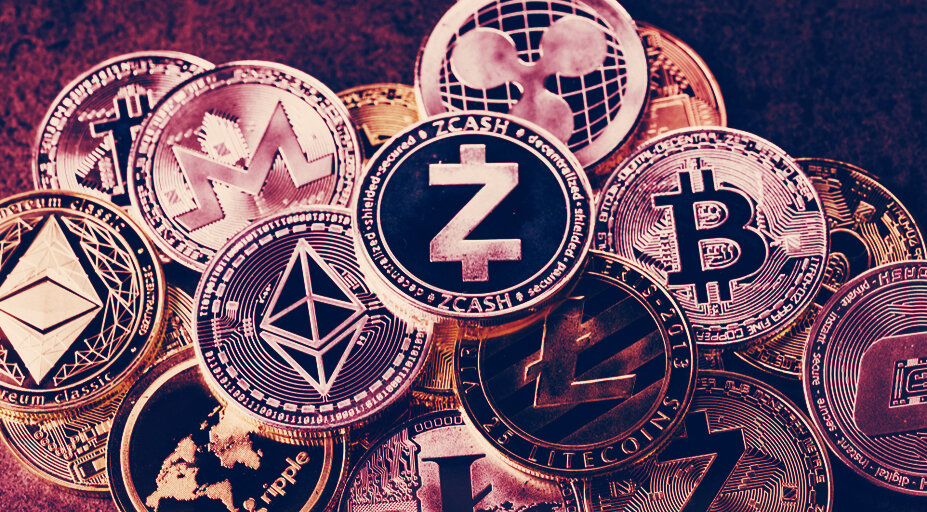 Although Bitcoin was edging towards a new all-time high yesterday, it couldn’t keep the momentum going into today. The price of the world’s most popular cryptocurrency fell almost five percent in the last 24 hours, taking it to a price of $56,697. It still has a market cap of well over a trillion dollars, though.

It’s been a checkered week for Bitcoin. This time last week it was sitting at a high of $61.5k, bolstering the rest of the market with it. As per usual, most of the top 20 cryptocurrencies by market capitalization are down today.

Ethereum is down almost 4% to $1,768. For fans and investors it feels like a long time since it set a bullish looking ATH of $2000 a whole month ago.

Meanwhile, overnight losses of around 7% were felt by holders of Cardano, Polkadot and Chainlink. Polkadot currently trades for $36.84 a coin, while Chainlink trades at $29.19.

Cardano is still technically pumping. Yesterday ADA reached a high of $1.31, but today it trades at $1.19. That’s still an almost 10% increase from last weekend.

A quiet week for crypto

While mainstream interest in Bitcoin has certainly been flowering since it started its bull run over the course of the pandemic, this week brought relatively humble tidings to the coin.

The biggest news is that former White House communications director Anthony Scaramucci’s hedge fund, SkyBridge, has filed for a Bitcoin ETF. It’s not its first Bitcoin investment product, either. Back in January, the Zoom launch call for its Bitcoin Fund crashed when over 6000 prospective investors tried to join at once.

ETFs are considered the holy grail of low-risk investment vehicles into cryptocurrencies. And since the resignation of former US Securities and Exchange Commission chair Jay Clayton, there has been hope of getting ETFs green lit in the US.

An ETF, or Exchange Traded Fund, is an auditable financial instrument that allows investors to buy into crypto while having the peace of mind that their money is going into a fully regulated investment vehicle, and not out into the unregulated wilderness of crypto.

Three ETFs have already launched north of the border in Canada. The first was launched by Purpose, the second by Evolve and the third by CI Galaxy. Both Purpose and Evolve made it into the top 20 Canadian ETFs on the first day of launch. Purpose’s ETF even amassed $421 million in assets under management in the first two days. Trading has since cooled down for the Canadian ETFs.

And if that wasn’t enough, NFT fever is still going strong over on the Ethereum network. Following the historic $69.3 million sale of a piece of digital artwork by artist Beeple earlier this month, British comic legend John Cleese has joined the fray with an announcement:

The views and opinions expressed by the author are for informational purposes only and do not constitute financial, investment, or other advice.