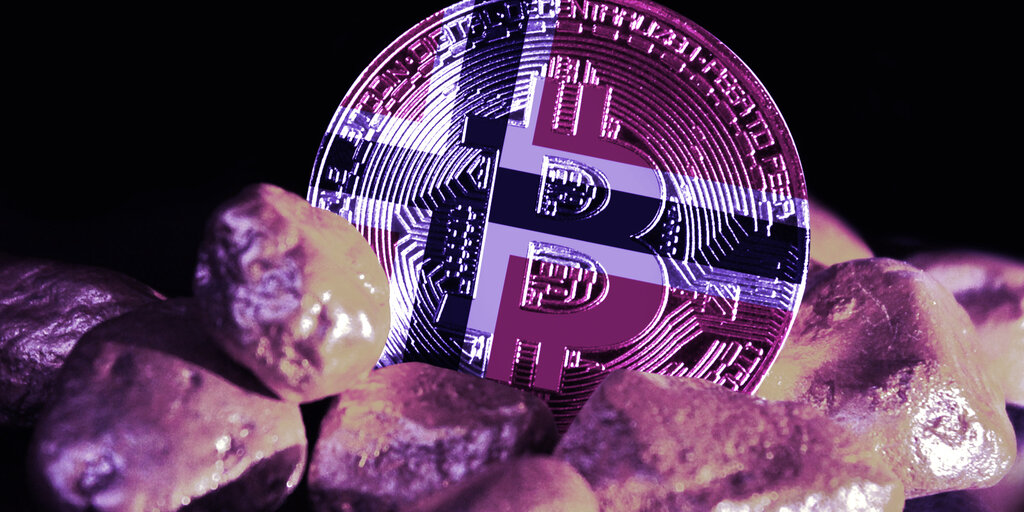 Even though Norway is the most cashless country in the world, it is “inconceivable” that Bitcoin could replace money there, according to Oystein Olsen, governor of Norges Bank.

Olsen told Bloomberg yesterday that Bitcoin is “far too resource-intensive, far too costly and most importantly, it doesn’t preserve stability.”

“The basic property and task for a central bank and central bank currency is to provide stability in the value of money and in the system, and that is not done by Bitcoin,” Olsen argued.

At the same time, Norges Bank isn’t dismissing potential monetary applications of emerging technologies—it just doesn’t see much utility in already-extant ones. This is especially important since only 4% of all payments are made with physical banknotes and coins in Norway—making it the most cashless country in the world, said Norges Bank deputy governor Ida Wolden Bache last November.

The bank is currently working on its own Central Bank Digital Currency (CBDC) project and plans to publish a report on it in April, Wolden Bache noted.

“[Users] must be able to pay efficiently and securely in Norwegian kroner,” she said during a presentation earlier this month, adding that a CBDC “will not change private sector credit intermediation.”

And Norway is far from the only country that is working on a CBDC. In the US, the Federal Reserve Bank of Boston and the Massachusetts Institute of Technology plan to reveal the results of their research into a digital dollar “as soon as July” 2021, while China is pressing ahead with development of the DCEP, its own CBDC.

However, while central banks are definitely interested in effective digital means of payment, Bitcoin is not one of them, Olsen reiterated.

“I don’t think at the end of the day [Bitcoin] will be a threat to central banks. Although some people talk about that,” he said, adding, “Digital currencies more generally are the new wine, in many respects,“ but “central banks are entering the scene.”

Meanwhile, major Norwegian firms are embracing Bitcoin. Just this month, Norwegian multinational Aker ASA revealed a new business unit, Seetee AS, that will invest in projects and companies “throughout the Bitcoin ecosystem” as well as holding all its liquid investable assets in the cryptocurrency.

In a letter to shareholders, Aker’s billionaire chairman Kjell Inge Røkke wrote that Bit­coin “can be a so­lu­tion rather than a prob­lem” for the challenges posed by its current elec­tric­i­ty con­sump­tion, in­abil­i­ty to scale for trans­ac­tions, and its fa­cil­i­tation of anony­mous il­le­git­imate pay­ments.

“We will invest more into the ecosystem in future, and this may include adding to our Bitcoin holdings,” Seetee CEO Snorre Lorgen told Decrypt in an email exchange at the time.