The Weeknd Just Dropped an NFT Tease on Twitter 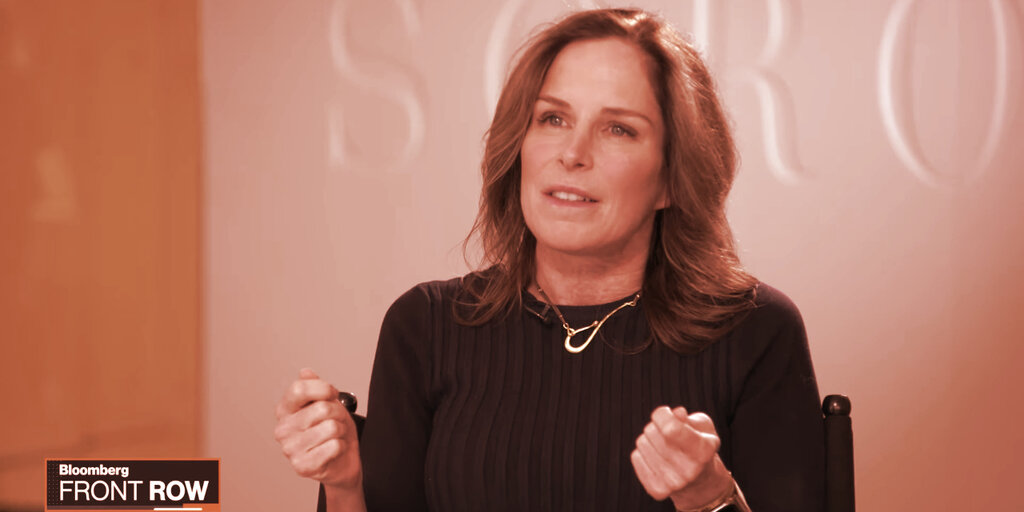 Bitcoin and other cryptocurrencies are at an “inflection point,” and this is partly due to increased money supply in the US, the CIO of Soros Fund Management said yesterday.

Fitzpatrick added that Bitcoin was “interesting” and no longer a “fringe asset.”

“When it comes to crypto generally, I think we’re at a really important moment in that something like Bitcoin might have stayed a fringe asset but for the fact that in the last 12 months we’ve increased money supply in the US by 25% so there’s a real fear of debasing of fiat currencies,” she said.

Fitzpatrick listed Bitcoin’s benefits—that it’s “easily storable, easily transferable and has a finite amount of supply”—and noted that she thinks it has taken some of gold’s buyer base away.

The CIO wouldn’t say whether she had personally invested in the cryptocurrency. She also didn’t go into detail about Soros Fund Management’s cryptocurrency investments.

Fitzpatrick’s theory on the debasement of fiat currencies is nothing new: cryptocurrency investors typically argue that the depreciation of the US dollar is a good reason for holding alternative assets.

Fitzpatrick went on to say that central bank digital currencies (CBDCs) will be here “quicker than people expect” and that China was leading the charge.

CBDCs are digital versions of fiat money designed to make payments faster and more secure. Countries around the world are racing to design their own native digital currencies but China is way ahead—and is already piloting a digital Yuan.

The US, meanwhile, is still slowly researching a digital dollar. This month, Federal Reserve Chairman Jerome Powell said that the world’s largest economy was not yet ready to make a decision on releasing a CBDC.

Fitzpatrick said that this was “strategic” on China’s part and perhaps a way to undermine the influence of Bitcoin. “They want their digital currency to be used around the world. It’s a potential threat to Bitcoin and other cryptocurrencies,” she told the interviewer.

But she did add that she didn’t think China would be “successful in permanently destabilizing Bitcoin.”