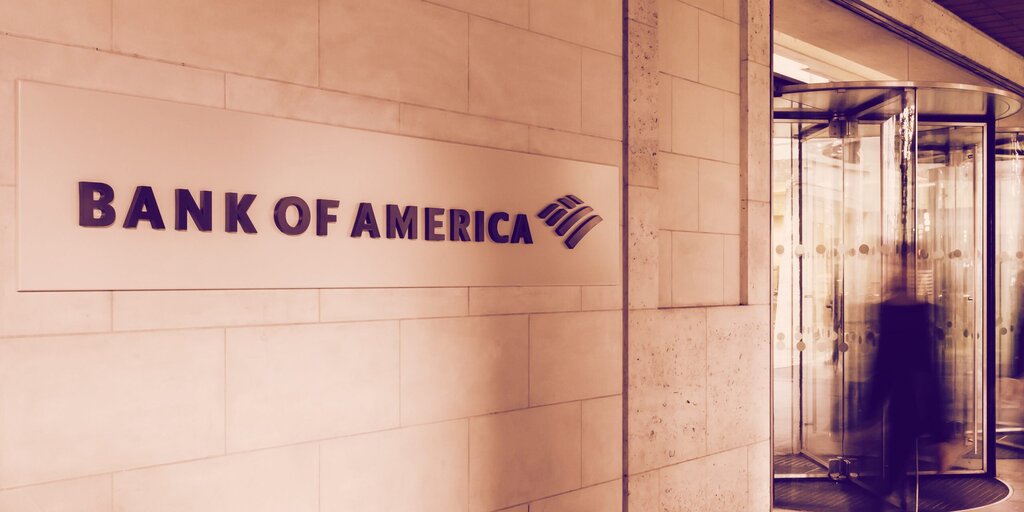 Bank of America, the second-largest bank in the US, slammed Bitcoin in a recent note to clients and questioned the environmental implications of maintaining the asset.

Per financial publication The Street this morning, the report, titled “Bitcoin’s Dirty Little Secrets,” argued that Bitcoin had little role to play in an investor’s portfolio.

“Bitcoin has also become correlated to risk assets, it is not tied to inflation, and remains exceptionally volatile, making it impractical as a store of wealth or payments mechanism,” the bank said.

The report claimed that Bitcoin prices could be manipulated upwards with a relatively small amount of money. It said that just $93 million in fund inflows could trigger a 1% price increase (a $580 move) for Bitcoin while doing the same for gold would take over $1.86 billion.

This, according to Bank of America, is likely due to the concentration of Bitcoin. Over 95% of the total mined coins are controlled by the top 2.4% of addresses with the largest balances, the note claimed, stating such ownership created a social issue for new investors.

In a just released research report Bank of America concluded the obvious. That “the main portfolio argument for holding #Bitcoin is not diversification, stable returns, or inflation protection, but rather sheer price appreciation.” Yes, it’s pure speculation. The ultimate bubble.

Price volatilities aside, the Bank of America note also raised concerns about the huge energy consumption required for Bitcoin mining.

Bitcoin mining is an energy-intensive process that requires the use of massive computing rigs—and the corresponding hardware to cool down such machines—to process transactions and maintain the network.

A lot of carbon dioxide is emitted as a byproduct of mining, meaning it isn’t an environmental-friendly process. “A $1 billion fresh inflow into Bitcoin may cause CO2 to rise by the equivalent of 1.2 million (combustion engine) cars,” the note said.

It added that since most Bitcoin was mined in China, the sector was directly “linked” to fuel resources in China. “Hash power today is mostly in coal-fired Xinjiang, a link between prices, energy demand & CO2 means Bitcoin is tied to Chinese coal,” the note said.

Bank of America’s comments run counter to the recent sentiment change for Bitcoin on Wall Street. Big banks like JPMorgan and Morgan Stanley have changed their tone on Bitcoin in recent months, and are even building out cryptocurrency offerings for their clients.

Institutional investment isn’t confined to the banks, either. Big-name technology firms like Tesla, Square, and MicroStrategy have all added Bitcoin to their corporate treasuries in recent months, using it as a hedge against overinflation in the US and an overall poor economic outlook.

Bank of America, it seems, has yet to be convinced.