A Third Bitcoin ETF in Canada Is Set to Launch 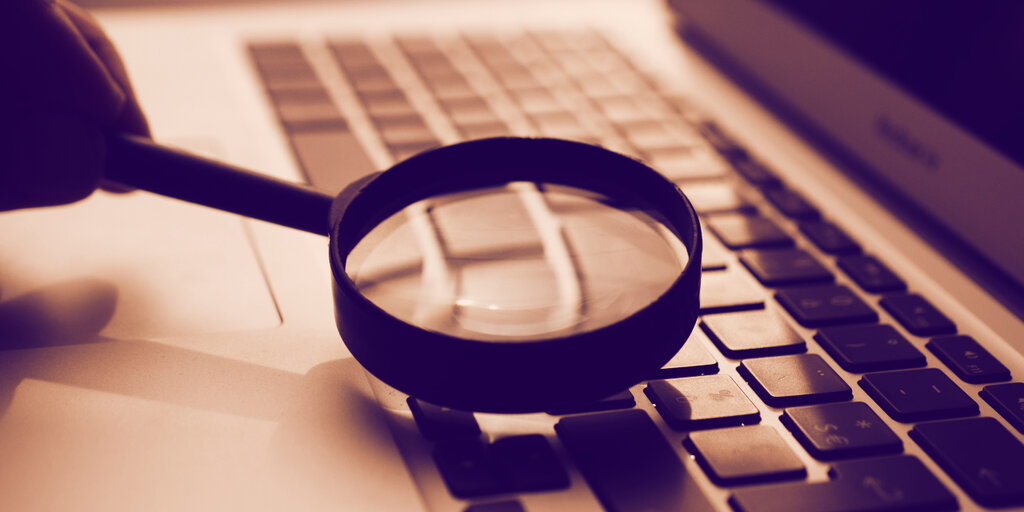 The Financial Action Task Force (FATF), a global anti-money laundering watchdog based in Paris, released draft guidance on Friday that, if adopted, poses an existential threat to the booming DeFi and NFT markets, analysts say.

In its new guidance, the FATF defined most operators of decentralized finance (DeFi) platforms as “Virtual Asset Service Providers” (VASPs). That means that, if the guidelines are adopted in the US and other major jurisdictions as proposed, many DeFi platforms will have to find a way to comply with rules around combating financial crimes. But that won’t be as easy as it may sound.

DeFi, or decentralized finance, is a general term for non-custodial and peer-to-peer financial services. DeFi protocols often use smart contracts (essentially just computer code) to allow money to flow between traders, and they exist primarily on the Ethereum network. In short, these products allow their users to use bank-like services without the need for bank, or any other third-party intermediary.

Analysts told Decrypt that FATF’s 99-page document is out of tune with the realities of DeFi and, if adopted by governments as it is, could prove fatal for the burgeoning industry.

The document also vaguely referred to NFTs that can facilitate money laundering and terrorism financing as “virtual assets,” though left room for those that can’t be used for such financing to not fall under its guidelines. According to the analysts we spoke with, it’s an unhelpful distinction.

DeFi: If you make money, you’re a VASP

The most contentious change in the new FATF draft guidance is the key criterion in determining who’s a VASP. That largely comes down to monetization.

If you’re a software developer or coder who builds a DeFi protocol, say for fun, that doesn’t make you a VASP, explained Lewis Cohen, co-founder of DLx Law, a New York-based legal firm specialized in blockchain.

But if you commission someone to build it for you (and you pay them, of course), then that could make you a VASP, Cohen told Decrypt. Similarly, as is widely the case, if you set up a company that is profiting off running a DeFi project (say, through holding a significant amount of “governance tokens”), then there’s a good chance that FATF thinks that you’re a VASP.

“The fig leaf FATF gives us is this: if you build a DeFi platform out of pure kindness, and if exchanges on that platform are truly peer-to-peer, then that’s probably okay,” Cohen told Decrypt.

“But that’s not how the world of DeFi works today,” he said, “DeFi isn’t meant to be a grand charitable exercise.” People make money off the platforms they build and run, after all.

That distinction is a big deal because VASP status brings with it massive responsibilities around preventing financial crimes that FATF care about: money-laundering, terrorism financing, and financing of mass weapons of destructions.

But that’s not an easy feat for fundamentally anonymous projects.

“You clearly have the problem of enforcement through anonymous protocols such as SushiSwap,” Ian Taylor, chair of the trade association CryptoUK, told Decrypt, “Nobody knows what jurisdiction SushiSwap is, and I’m not certain that anybody knows who the developer Chef Nomi is—and it’s just one example, but a representative one.”

Much of the language and the thinking behind the guidance is alien and inapplicable to DeFi, explained Taylor. “A VASP in centralized finance can technically comply with requirements like Travel Recommendations 16, because it has to work with current financial institutions; it has to have a relationship with a bank for a fiat on-ramp, and it needs to custody crypto funds.”

“But DeFi is totally peer-to-peer; you’re swapping, not transacting. There are no counterparties involved here. So the logic of centralized finance doesn’t apply here at all.”

Beyond the difficulties of practical enforcement, Cohen also sees an existential threat in all this.

“FATF basically concludes that the risks associated with DeFi are greater than its societal benefits,” he said, “and so they are recommending to the governments that they do everything they can to stop digital asset-related financial relations that aren’t intermediated.”

But there wasn’t much noise about it in crypto, he said, “It seemed like last weekend after the FATF guidelines were released the whole crypto community was more interested in the chatter about BitClout,” referring to a new crypto firm that controversially tokenizes influential Twitter accounts without the permission of account owners.

“And yet, functionally, this proposal seeks to eliminate DeFi in any way.”

A broad-brush take on NFTs

Unlike the painstakingly detailed treatment of DeFi—misguided though it may be, according to the critics who spoke with Decrypt—FATF didn’t have much to say about NFTs. But perhaps influenced by the current white-hot NFT craze, it didn’t completely leave it out, either.

“Even NFTs may fall under the FATF’s definition of VA if they can be used to facilitate money laundering and terrorism financings,” Cohen told Decrypt, adding that is a very subtle distinction.

“How are you getting to categorize whether it can be used for money laundering and terrorist financing?,” Taylor told Decrypt, “You can either say that everything can be, or none of it can.”

Cohen offered one theory as to what FATF might have in mind. Perhaps they were thinking of relatively lower-value NFTs like NBA Top Shot “moments,” crypto-based digital trading cards that sell for as a little as a few dollars, as the sort of non-fungible tokens that don’t cause money-laundering concern, he said.

“Perhaps it was the Beeple effect [referring to the digital artist that just made $53 million in an NFT auction at Christie’s] that made FATF think twice about the risks posed by NFTs as it was finalizing the draft,” he told Decrypt.

It’s not a novel concern; after all, the art world has always had a money-laundering problem.

FATF’s draft guidance is draft because it wants input from the industry by the end of April as it finalizes its recommendations to member governments.

“This is again like FinCEN’s non-hosted wallets proposal that didn’t involve much dialogue with the crypto industry, and so it was not based on technical realities,” Taylor said. His trade body CryptoUK will submit feedback on the draft guidance.

But Cohen isn’t very optimistic: “Much work went into this work, and it’s not like they’re going to fundamentally overhaul their recommendations.”